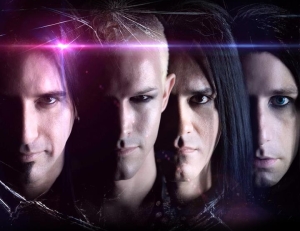 L.A. based hard rock band 9Electric has released the video for its new single ‘Under Attack.’ The video puts the band—Underwood (vocals), Mikey Lopez (guitar), CaseyDC (bass), Micah Electric (drums)—into the world of classic 8-bit video games, taking on killer groupies and soul crushing skulls. The video is up now online at http://smarturl.it/9ElectricUnderAttack.

Along with its new video, the members of 9Electric have also announced that the band will hit the road this Spring alongside Powerman 5000. The tour, which kicks off Friday, April 11th in Costa Mesa, California, is in support of the band’s upcoming debut album Control. The album is currently slated to be released this Summer. The band released a statement regarding the upcoming tour expressing the band’s expectations and what audiences can expect from the band’s performances. “We are extremely excited about the upcoming tour with POWERMAN 5000,” said the band. “We know people have a lot of shows to choose from, and we promise you this will be a night to remember – 9ELECTRIC and POWERMAN 5000 are the perfect package for a killer time!”
9Electric’s complete tour schedule with Powerman 5000 is listed below. 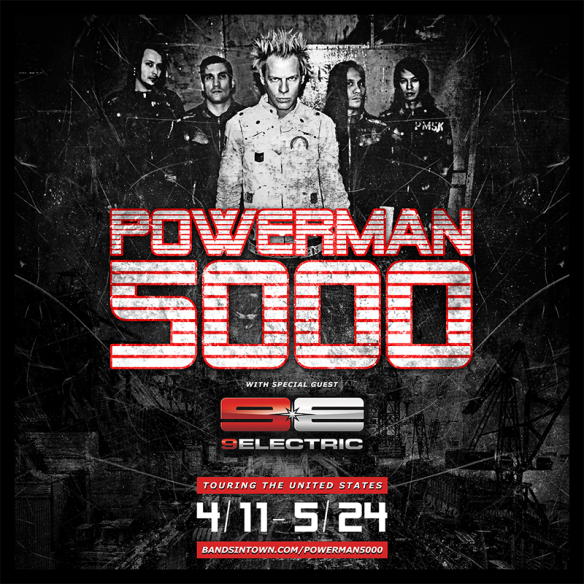