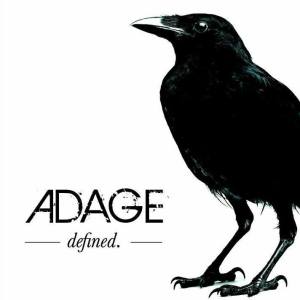 Austin, Texas.  Seattle, Washington.  Los Angeles, California. Atlanta, Georgia.  New York, New York.  Most people reading this right now are likely scratching their heads where this is going.  The answer is simple.  The cities noted here are some of America’s biggest hotbeds in the music industry.  They aren’t the industry’s only major hotbeds, though. Most people might not know it, but North Carolina as a whole state is a music hotbed within itself.  As a matter of fact, North Carolina could be argued to be one of the biggest musical hotbeds in America.  That’s because of the variety of major name acts that have called North Carolina home throughout the ages.  Jazz pioneers such as Thelonious Monk, John Coltrane, and Max Roach all called North Carolina home as did fellow jazz great Billy Taylor. Taylor hailed from Greenville, North Carolina while Monk and Coletrane came from Rocky Mount and High Point respectively.  The Fabulous Corsairs, which featured famed singer-songwriter James Taylor called Chapel Hill home.  In terms of the world of rock, the world renowned Corrosion of Conformity is still performing and recording today.  As a matter of fact, COC released its latest album earlier this year.  The band calls The Old North State’s capital city Raleigh home.  Delta Rae, which is one of the biggest of North Carolina’s biggest acts today calls Durham home as does indie band Bombadil.  Of course one can’t forget the likes of The Avett Brothers, Parmalee, Between The Buried and Me, or Trioscapes among so many others.  Now another young up and coming band has added its name to that list of bands and artists that have made North Carolina the rich musical hotbed that it is for so many decades thanks to its new EP Defined.  The band’s debut for Pavement Entertainment presents great potential for the Winston-Salem based band even with only a total of five songs.  The songs included on this record exhibit influence from bands such as Breaking Benjamin, Three Days Grace, and to a lesser extent Trapt.  What’s more any of the songs included on this disc could easily be used as a single to promote the band.  That is obvious right off the top in the EP’s opening number ‘Anymore.’  It is just as obvious on the EP’s third and final songs, ‘Hold On’ and ‘By Myself’ respectively.’  ‘Best Of’ and ‘Growing Colder’ are also excellent examples of what audiences can expect from Adage’s new EP.  Collectively, the songs included on this record show Adage as a band that is on the brink of adding its name to the list of North Carolina’s biggest bands and artists.

The members of Adage show why the band is close to becoming another of North Carolina’s most well-known and talked about acts right from the outset of its new EP in the song ‘Anymore’  The song’s agro-rock stlye sound hints at influences both from the likes of Trapt and even Taproot to a slightly lesser extent.  Drummer Alex Hough’s timekeeping in this piece is exception especially considering the polyrhythmic patterns that he handles while keeping time for the band.  And the 1-2 punch of guitarist Luke and vocalist Justin Doyle heightens the song’s energy and emotion as well.  There is a certain furiousness in Doyle’s voice as he sings over the equally driving guitar line, “Everytime you look in my eyes you lie/And tell me everything’s alright/I know you don’t feel it anymore…I hate you/For all you’ve done to me/Some things you never see/And I don’t care.”  Songs about breakups are nothing new to the music industry.  They go back as far as the industry’s own beginnings it would seem.  But those songs that take the high road instead of the depression oh-woe-is-me angle are rather few and far between.  So when angrier, more aggressive pieces such as this one come along, they are a welcome change of pace.  That more aggressive lyrical and musical style that collectively make up this song makes it an instant radio ready song and a good representation of the band’s work on Defined.

As with ‘Anymore,’ ‘Hold On’ is also centered in the standard lyrical theme of relationships.  It also boasts the same agro-rock style that made so many bands in the late 90s and early 2000s fan favorites.  This song absolutely cries “LIVE” because of that sound.  Doyle sings Sorry that I’m not perfect/One day I will be worth it/To you/So hold on/I can’t ever find the right words/For saying nothing is so much worse to you/Hold on/All of this will come together/And I promise you/I promise you/Say goodbye for you.”  This song comes across as the polar opposite to the EP’s opener in that it seems more like his subject here is pleading for a woman to stay around versus the self-assured figure in ‘Anymore.’  He is trying his hardest to convince her to stay.  The musical comparison to the band’s bigger named counterparts only serves to make the song even more entertaining for audiences.  It goes to show the caliber of material the band is presenting here.  And that caliber is high, needless to say.  Together with ‘Anymore’ it makes for even more reason for fans to check out this EP when it drops August 19th.

Both ‘Anymore’ and ‘Hold On’ are good examples of what makes Defined an impressive new release from Adage.  Of the EP’s five songs, though there is still one more example of what makes this release the work that could potentially make Adage North Carolina’s next big name.  That song is the EP’s closer ‘By Myself.’  This song is a good way for the band to have closed out Defined.  It was such a good choice for a closer in that it shows the band’s softer side.  It’s a more melodic piece.  And among the EP’s five songs, it is perhaps the strongest candidate of all for the song that really breaks out the band.  Doyle sings in this song, “I’m crying out/Out for help/I just can’t be by myself/Remember how/How I felt/I just can’t see/By myself/I hear it from all sides/On how I should love you/I can’t make up my mind/On anything I do/Why am I here/Why won’t you just take me home/Why am I here/Why won’t you just leave me alone.”  The guitar breaks that follow the chorus are right up there with the likes of Mark Tremonti (Alter Bridge) and other top named guitarists.  That along with the power in Doyle’s vocals make this song just as fitting a closer as ‘Anymore’ is the opener for the record.  Such a powerful final statement along with the EP’s other noted songs (and the pair not mentioned) seals the deal for Adage and for Defined.  It is the final piece of musical evidence proving why Adage is on the verge of becoming North Carolina’s next big name.