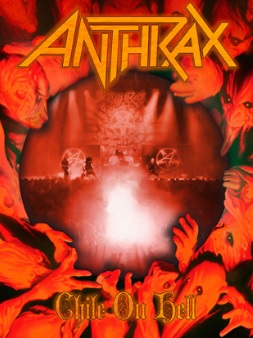 2014 is almost over.  But even as the year’s last months start to wind down, things haven’t cooled down in terms of the year’s new live recordings. As the year’s final months wind by, critics everywhere will begin firming up their annual “Best Of” lists for publication later in December.  Most critics will focus mainly on the year’s best overall movies and music.  And then there will be those critics and writers that will focus on specific lists such as the year’s best new pop albums, rock albums, hard rock albums, etc. It would seem that among all of the lists that are compiled, one category that doesn’t necessarily receive the attention that it deserves is that of the year’s best new live recordings in terms of DVDs and Blu-rays.  This critic’s personal list of the year’s best new live recordings is already firming up quite well.  There are still at least a couple of spots left open on that list, though.  And one of those spots will most definitely be taken up by veteran hard rock/metal band Anthrax’s new live DVD Chile on Hell.  This new live recording is one that any long-time Anthrax fan will appreciate and enjoy first and foremost for its set list.  While this concert is not necessarily what one would call a “career-spanning” show, it is one that both the band’s original fans and its newest fans alike will appreciate.  The next aspect of the DVD that audiences will appreciate is the band’s stage presence.  Some might consider this something minor.  But in reality, it is just as important in keeping audiences at home fully engaged.  And last but most definitely not least of all worth noting is the concert’s collective audio and video mix.  The two together present a certain raw look and sound that are just as impressive as any more spit shined and perfected recordings that are currently available to audiences.    Each of the factors noted here play their own important role in the overall enjoyment of Chile on Hell.  Altogether, they make this DVD a dark horse candidate for a spot on at least this critic’s list of the year’s best new live recordings.

Far too often, the term career-spanning is tossed around when it comes to live recordings.  Sadly, very far too few of those recordings live up to such hype.  That isn’t to say that no recording lives up to that label.  Rather, far too few live recordings live up to said label.  Thankfully, neither Anthrax nor Megaforce Records make any attempt to call Chile on Hell one of that mass of overly hyped recordings.  Rather, they let the recording speak for itself.  And the statement made is loud and crystal clear as audiences will see in the show’s set list.  The nearly two-hour show includes some of the material included on Worship Music and the band’s recently released EP Anthems.  But by and large, the set list presented in Chile on Hell takes audiences back to the band’s earlier days.  To be more exact, the band largely reaches back to its 1985 and 1987 albums Spreading The Disease and Among The Living for this concert.  1990’s Persistence of Time of also represented here courtesy of the song ‘In My World.’  Such a mix of classics and more recent songs will bring in both the band’s original fan base and its newer and possibly younger fan base at the same time.  One could argue that in presenting such a set list, the band is paying respect to its original fan base while teaching a valuable music history lesson to those younger and newer fans.  Even if this was not the original intent on the part of the band or of Megaforce Records, it is one of the results.  It makes the set list even more solid as the DVD’s center.

The set list and the potentially latent function of said list are together a solid starting point in the success and enjoyment of Chile on Hell.  Just as important as the set list and its effects is the band’s stage presence.  It goes without saying that the band’s stage presence in this stage is full-on.  Front man Joey Belladonna and founding guitarist Scott Ian exude so much energy; so much in fact that even audiences at home will find themselves wanting to sing along and head bang with them.  Such a powerful translation even on-screen is quite a statement.  Belladonna’s band mates add their own energy through their performances.  Whether through Charlie Benante’s pounding drumming, the spot on shredding of Shadows Fall guitarist Jonathan Donais (who replaced Rob Caggiano) or even bassist Frank Bello, the band collectively keeps the audience in attendance at the recording fully engaged from start to finish.  And home viewing audiences will feel that energy themselves, leading them to be fully engaged throughout, too.  That the band’s stage presence could translate so well and have such impact even on home viewers is a tribute to the band itself.  And coupled with the show’s set list, the overall effect of the show is made even stronger, thus making the recording in whole all the more enjoyable for all of the band’s legions of fans.

The set list arranged for Anthrax’s show in Chile and the band’s stage presence combine to make Chile on Hell an impressive addition to any Anthrax fan’s personal collection.  The recording’s collective audio and video mix is the final touch to the whole presentation.  The video doesn’t have the spit shined look of so many other live recordings before it.  Rather, it has a grainier, more raw look.  Yet that look actually plays into the overall presentation.  That is because it actually serves to help heighten the energy exuded by both the band and the audience.  Staying on that topic, audiences will enjoy the camera attached to the end of guitarist Scott Ian’s guitar.  That angle and the others used throughout the concert are used at just the right moments to make for a wonderful impact.  And despite being recorded at an indoor venue, the concert’s audio mix turned out impressive in its own right, too.  Balancing audio levels at indoor venues always has and always will present its own challenges.  In the case of this concert, those charged with balancing the concert’s audio levels both at the show and in post-production are to be commended for their efforts.  The end result of their work is a concert recording in which neither the vocals nor the music overpowered the other.  And together with the equally professional work on the concert’s video mix, it proves to be a concert experience that any of Anthrax’s legions of fans will enjoy no less with each watch.

Those charged with handling the audio and video mix for Chile on Hell are to be highly commended for their high quality of work in this concert.  The band and its label are to be commended, too.  The set list serves a dual purpose.  And the band’s stage presence will keep audiences fully engaged from start to finish.  All three of these factors come together to make Chile on Hell a concert that while bare bones, is one that any hard rock fan and any Anthrax fan will appreciate and enjoy.  The DVD will be available Tuesday, September 16th via Megaforce Records.  Fans can find out more about this upcoming live recording and keep up with all of the latest updates from Anthrax online at http://anthrax.com, http://anthraxarmy.com, http://twitter.com/anthrax, and http://www.facebook.com/anthrax.  To keep up with the latest sports and entertainment reviews and news, go online to http://www.facebook.com/philspicks and “Like” it.  Fans can always keep up with the latest sports and entertainment reviews and news in the Phil’s Picks blog at https://philspicks.wordpress.com.