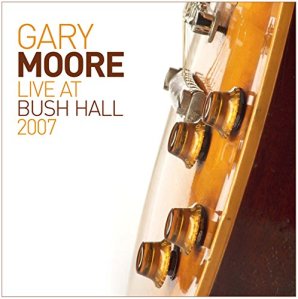 Gary Moore: Live at Bush Hall 2007 will be released by Eagle Rock Entertainment Tuesday, September 23rd. The concert was recorded at London’s Bush Hall on May 17th, 2007. It was originally broadcast by Planet Rock Radio and features a number of songs from his then new album Close as You Get (2007). Those songs include the likes of ‘Eyesight to the Blind,’ ‘I Had a Dream.’ Also included in the performance are some of Moore’s older material including: ‘Don’t Believe a Word,’ ‘Walking By Myself,’ and ‘Still Got The Blues’ among a number of others. The concert’s release later this month will mark the first time that it will have been released in its entirety worldwide. Its track listing is noted below.

1) If The Devil Made Whiskey

5) Eyesight To The Blind

12) The Blues Is Alright