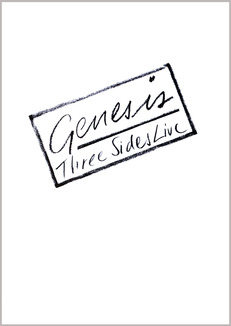 2014 is slowly winding its way down. But don’t tell that to the people at Eagle Rock Entertainment. That’s because the company that rightfully wears the crown as the leader in live recordings has announced that it has yet another new release on the way before the year is out.

Officials with Eagle Rock Entertainment announced Monday that the company will release Genesis: Live Three Sides on Tuesday, November 4th. The concert was recorded originally in November of 1981 on the band’s North American “Abacab” tour. It has previously been released on VHS to coincide with the audio portion of the concert and as part of the band’s limited edition box set The Movie Box 1981 – 2007. That means that the upcoming DVD and Blu-ray release of this concert will be the first time that it has ever been released as a stand-alone DVD and Blu-ray. The DVD will retail for SRP of $14.98 while the Blu-ray will retail for SRP of $19.98.

Genesis: Live Three Sides was originally recorded on 16mm film. The concert itself focuses primarily on songs from the band’s 1980 album Duke and its follow-up Abacab (1981). The concert features the lineup of Tony Banks (keyboard/backing vocals), Phil Collins (drums/Lead vocals), and Mike Rutherford (guitar/bass/backing vocals). Also on board for the show during this tour were Daryl Stuermer (guitar/bass) and Chester Thompson (drums). The track listing for this recording is included below.

8) Medley: In The Cage / The Cinema Show  / The Colony Of Slippermen