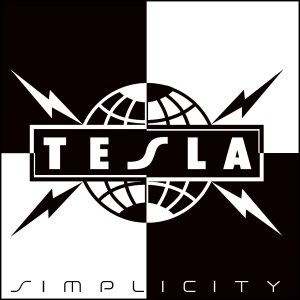 Veteran rock band Tesla has maintained its place in the pantheon of rock for nearly three decades. Throughout the course of that time, so many other bands have come and gone leaving little to no mark on the world.  Tesla meanwhile has continued to create memorable songs on its own terms with each one of its albums, increasing its fan base with each album thanks to that continued display of talent and ingenuity on each record.  The band’s latest album, Simplicity, proves that continued ingenuity once again, providing listeners with songs that perfectly match the album’s title both in terms of its music and its lyrics from start to finish.  The album’s opener, ‘MP3’ is proof of that.  The song uses the seemingly endless stream of technological advances seen each year as the basis for a commentary about how technology has done more harm than good for the world.  The equally socially conscious powerhouse rocker ‘Time Bomb’ proves that this band can still hold its own with today’s younger bands and do so with ease for that matter.  Those that might want something softer but still holding some substance need look no further than the moving but still thought provoking ‘Life is a River.’  It’s one more example of how Simplicity more than lives up to its title with its mix of gentle music and inspiring lyrics.  Each one of the songs noted here proves in its own way why Simplicity lives up to its title.  Each one also proves why Simplicity could be a contender for a spot on this critic’s list of the year’s top new rock records.  And that isn’t to discount the album’s other songs, either.  Every song on this record proves those arguments, too.  Together with the songs that are noted, this album proves to be very much a sleeper hit of a record.

Tesla’s new record Simplicity–its tenth overall full length studio effort–is a sleeper hit of a work.  The album mixes deep and thought provoking lyrics in every one of its fourteen total tracks with music that will have fans both on their feet rocking along at some points, and almost shedding tears of joy in others.  The album’s opener, ‘MP3′ is one example of that balance of substance in its lyrics and music together.  Front man Jeff Keith sings in this socially conscious song, “Reachin’ out to a friend in need/Is more important than a text from a cell phone screen/All these sounds of complication/In the cloud communication/Oh my god it’s taking me/From the phonograph record to the MP3/All the world is overrun with technology/Oh my God it seems to me/We gotta get back to simplicity/It’s plain to see/Rewind now!”  Keith makes no bones here about the topic being raised.  He is saying that technology has done more harm to the world than good.  He isn’t necessarily trying to preach and say technology is bad.  Don’t misinterpret that.  What he is saying is that humans have allowed technology to control their lives and the end result being a drastic depersonalization of people’s relationships on every level.  That Keith would present such a deep concept in such a simple (there’s that word again) makes the song the perfect choice to open this album.  The song’s equally simple and accessible musical backing adds to that argument, too.  Both aspects together make ‘MP3’ just part of the argument as to why Simplicity is an aptly titled release and also one of this year’s sleeper hit records.

Tesla’s members–Jeff Keith (vocals), Frank Hannon (guitar, vocals, piano, bass), Dave Rude (guitar, vocals, bass), Brian Wheat (bass, piano, vocals), and Troy Lucketta (drums and percussion)–prove right from the beginning of this record why it more than lives up to its title and why it is one of the year’s sleeper hits, thanks to ‘MP3.’  The combination of the song’s simple to understand yet still deep lyrics alongside its equally simple, accessible musical backing make it the perfect first statement from the band on this record.  Just as strong of an argument in support of Simplicity is ‘Time Bomb.’  This hard rocker is one part social statement and one part call to arms.  Keith sings in this song, “It’s like the lights are on but nobody’s home/There’s no other choice/Just one solution/So load up your guns/Cause freedom is won/It’s time we’ve begun a revolution/We’re ready to fight to save our lives/And willing to die/Oh no.”  He goes on to sing along with his band mates in the song’s chorus, “Let’s go deep into the fire/Screamin’ hell no we ain’t gonna run/Let’s go united all together/Cuz I know divided we’re done.”  He comes across as saying that Americans have got to put all of this political and other turmoil aside; that there are much more important things that unless we band together, will most certainly take us all down thanks to our division.  Just as with ‘MP3,’ that lyrical and musical simplicity serves once again to prove how much Simplicity lives up to its name in more ways than one.  Even more, it proves once more why this record is one of the year’s sleeper hits within the rock world.

Tesla proves throughout the course of Simplicity’s fourteen total tracks just why it lives up to its name with plenty of hard and hard-hitting songs.  That’s evident in the songs already noted and in the likes of the equally socially conscious ‘Flip Side!’   For all of that heavy lyrical and musical content, Simplicity proves that it can be hard and hard-hitting without actually being hard, too.  Case in point is the moving inspirational song ‘Life is a River.’  This song epitomizes the statement made years ago by Black Label Society front man Zakk Wylde when he noted that a song can be heavy without actually being heavy in terms of its music.  It presents the message that just because someone sees something one way doesn’t necessarily make it so.  As he notes in the song’s second verse, “What you think is just a dog/Is one of my best friends/What you see as sawed up logs/Is the house that I live in/What you call a pile of stones/Is the foundation of my home/And we all know there’s nothing sweet as home sweet home.”  He is saying that everything in life is a matter of perception.  And that one’s perception is never the same as another’s.  From there, he gets to the core of the song, telling those listeners that might be suffering emotionally for whatever reason, their perception of life being worthless is their own perception and that life is so much more beautiful than they think.  He sings, “You’ve been left out once again/Standing in the rain/Now you feel you’ve reached the end/And you just can’t stand the pain/Even though you still remain/You’re God’s creation/This I know/Cuz’ life can be so beautiful.”  The ballad-style song perfectly builds up to that conclusion, making the song’s lyrical content so hard hitting even in its simplicity.  Once again, there is the argument as to Simplicity more than living up to its title.  The lyrics are simple to understand. And the music is so powerful in its own simplicity.  The two elements together make for one more outstanding statement from Tesla on this sleeper hit of a record.  Together with the previously noted songs (and those not noted directly), Tesla’s members have shown that they still have plenty of fire and that they, too have one of the year’s most surprisingly enjoyable rock records.

Simplicity shows from start to finish just why it more than lives up to its name.  The lyrics and music that make up each of the album’s fourteen tracks are simple in terms of understanding them and understanding what message they are conveying.  Each of the songs on this record are just as enjoyable thanks to their simple yet wonderfully entertaining music.  That combination makes for so much depth and substance.  That’s something that one can rarely say about albums churned out by today’s younger bands and artists.  Keeping that in mind, it proves Simplicity to be one of the year’s most surprisingly enjoyable records and potentially one of the year’s best new rock records.  Simplicity is available in stores and online now. The band currently is scheduled to perform as part of the Monsters of Rock Cruise Miami next spring from April 18th – 22nd.  While fans wait for spring to return, they can keep up with all of the latest tour updates and news from Tesla online at http://www.TESLAtheBand.com.  To keep up with the latest sports and entertainment reviews and news, go online to http://www.facebook.com/philspicks and “Like” it.  Fans can always keep up with the latest sports and entertainment reviews and news in the Phil’s Picks blog at https://philspicks.wordpress.com.