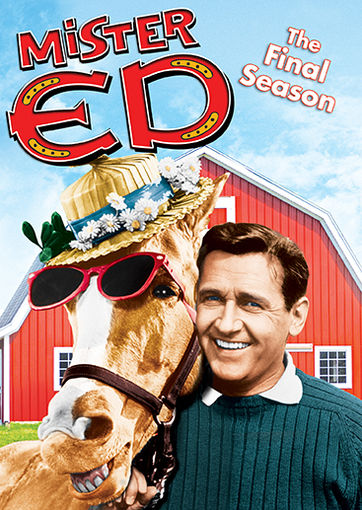 Shout! Factory will release Mr. Ed: The Final Season on DVD on Tuesday, May 12th. Mr. Ed: The Final Season, or Season Six more simply put, is made up of thirteen episodes spread across two discs. From getting into an argument over a TV with Wilbur to trying to get married (yes, married) to even working as a secret agent and more, everybody’s favorite talking horse and his human pal offer up plenty of laughs this season. There are even a couple of familiar faces as The Beverly Hillbillies stars Irene Ryan and Raymond Bailey make a special appearance in a special Beverly Hillbillies crossover this season in one episode. Mr. Ed: The Final Season will be available on DVD on Tuesday, May 12th in stores and online. It will retail for MSRP of $16.97 but can be pre-ordered online now via Shout! Factory’s online store for a reduced price of $14.97 at https://www.shoutfactory.com/kids/kids-comedy/mister-ed-the-final-season. More information on this and other titles from Shout! Factory is available online at: