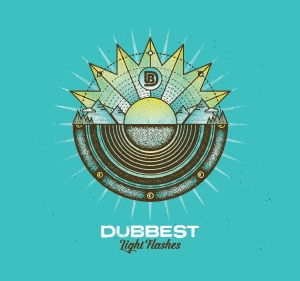 Independent reggae act Dubbest will release its latest full-length studio effort Light Flashes early next month. The album, the band’s third full-length effort, will be released independently by the Boston-based band. Being that most audiences have likely never heard of Dubbest, its latest record proves to be a good introduction to its sound. This is especially the case for those that are fans of reggae. The band has already premiered the album’s lead single ‘Spend The Day’ as well as a video to go along with the song. That song in itself is a good introduction to the band for those that might not be so familiar with Dubbest and an equally welcome return for the band’s long-time fans. The laid-back grooves of ‘Cross Pollination’ and its intriguing metaphorical writing make it yet another interesting example of what makes Light Flashes a worthwhile listen for any reggae fan. While it is one more good example of what Dubbest has to offer fans both on its new record and in general, it is not the last example. The band also includes no fewer than two instrumental numbers on its new album as part of its whole. The best of those two instrumentals comes late in the album in the form of the song ‘Escape Route.’ The very title conjures thoughts of a beach on a late spring day, the sun shining and palm trees swaying gently in the breeze. It is a great image that will put any listener at ease and in turn yet another example of what makes Light Flashes worth at least one listen. It isn’t the last example of what makes it worth the listen, either. Each of the album’s twelve tracks has its own merits. All twelve tracks noted, Light Flashes shows to be more than just a bright, shining light in the world of reggae and of independent music. That being said, it is safe to say that Light Flashes is one of this year’s best new independent albums.

Dubbest’s new album Light Flashes is one of this year’s best new independent albums. The record boasts twelve tracks that reggae purists everywhere will enjoy. That is because it is a sound that continues to clearly maintain Dubbest’s identity apart from the likes of Sublime, 311, and other pseudo-reggae acts. The album’s lead single ‘Spend The Day’ is a clear example of what makes this record stand out from those of Dubbest’s counterparts. The song doesn’t try to be the poppy sort of song that those from Dubbest’s counterparts have churned out over the years. It is reggae, plain and simple. Guitarists Andrew MacKenzie and Corey Mahoney’s gentle strains harken directly back to the days of Bob Marley and The Whalers while drummer Kyle Hancock’s backbeat serves as a solid foundation for the whole thing. Front man Ryan Thaxter’s own vocal delivery style is just as worth noting here. His delivery is just as soft and gentle as that of his band mates on their respective instruments. This even includes bassist Sean Craffey. Looking at the song’s lyrical content, it plays its own role in the song’s enjoyment, too. Thaxter sings in this song, “Feeling the love like never before/Been waiting for a long time and I cannot endure it/I’m sick of the rain/Let it shine like before/I’ve never been sure before/But I’ve never been so sure/Baby come relieve me/I wanna see you today/Maybe come for the evening and tomorrow we can spend the day.” Simply put, Thaxter is singing from the standpoint of a man that wants to be with his woman. Even more interesting is that even though a man is singing the song, there is no indication of gender in this song. So it could just as easily be sung from a woman’s vantage point, too. That makes the song even more enjoyable. Set against the song’s laid back musical side, it generates a positive vibe that those overly sappy, saccharine pre-produced pop songs about love could never even begin to create. Because of this it makes ‘Spend The Day’ a wonderful first effort from Dubbest on its new album and an equally welcome introduction to the band for any fan that might be unfamiliar with its body of work. Audiences can check out ‘Spend The Day” online now for themselves right at its Facebook page http://www.facebook.com/dubbestmusic.

‘Spend The day’ is a good way for Dubbest to introduce itself to its newer fans and to re-introduce itself to its long-time fans. That is thanks in large part to a solid mix of musical and lyrical content. While it does show itself to be a great starting point for the band on this record, it’s just one example of why any reggae fan should hear this record at least once. The equally laid back yet perhaps somewhat suggestive ‘Cross Pollination’ is another good example of what Dubbest has to offer audiences on its new album. The same things that applies to the musical side of ‘Spend The Day’ apply just as much in the case of this piece. That should just go without saying. Of course, there is the addition of what sounds like an old school B-3 Hammond organ added in to this song’s musical backing. It plays more of a supporting role than starring in this song for lack of better wording. Even in a supporting role, it adds so much with its sound. There’ something special about the vibrato of sorts that comes from such a classic organ. It’s something that can’t be fully put into words. It is something that really can only be appreciated in hearing it. It just gives a certain positive vibe that will put a smile on listeners’ faces just as much as the rest of the song’s musical elements. Moving to the song’s lyrical content, Thaxter uses the concept of cross polination of flowers via a bee to discuss a pretty obvious topic. The swagger in those lyrics coupled with that of the music makes ‘Cross Pollination’ yet another solid radio-ready song from Light Flashes.

‘Spend The Day’ and ‘Cross Pollination’ are both good examples of what makes Light Flashes a worthwhile listen for any purist reggae fan. They are just a couple examples of what makes Light Flashes a bright spot in the realm of indie albums and that of reggae in whole. While both songs are equally important additions to Light Flashes the album also boasts no fewer than two full-on instrumental tracks. The latter of the two, ‘Escape Route,’ is the best of the pair. The music crafted by the band in this song instantly conjures thoughts of a tropical beach. It conjures thoughts of the sun’s rays bathing the said beach in their warmth while a breeze blows through palm trees. The gentle, laid back vibe of the whole song makes it such a joy within itself. It may only be an instrumental. But it proves that an instrumental can be just as enjoyable as any song highlited more by lyrical content than that highlighted by the music alone. It proves in the end to be one more clear example of what makes Light Flashes such a surprisingly interesting listen both within the world of indie releases and that of reggae acts. Together with the likes of ‘Spend the Day’ and ‘Cross Pollination’ it makes all the clearer why any purist reggae fan should hear this album at least once. It also proves once more why Light Flashes is a bright flash of a record among this year’s crop of indie records and reggae records.

Light Flashes is one of the best new independent releases of 2015. The third full-length release from Dubbest it is a welcome return for the band’s long-time fans and an equally welcome first-time introduction for those that might not be so famliar with the Boston-based band. It will be released July 7th. More information on Light Flashes is available online now along with the latest news from Dubbest at: