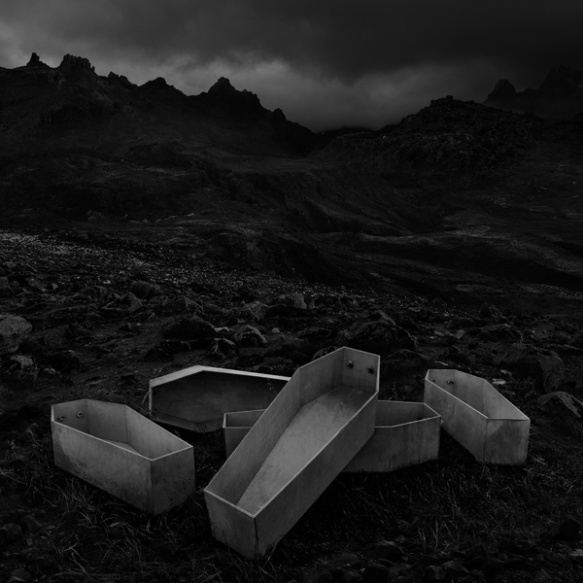 The wait is almost over for fans of the veteran rock band Atreyu.

This fall, the band will rise again after a self-imposed year-long hiatus and release its new album Long Live. The album will be released Friday, September 18th via Spinefarm/ Search + Destroy. In anticipation of the album’s impending release, the band debuted the video for the album’s title track this week. Audiences can check out the rather interesting video now via YouTube at https://www.youtube.com/watch?v=3xw1vt1IS2c.

The video sees the band’s members being abducted by a group of hooded beings which rise from a lake in search of each one. Even more interesting is that each of the beings trails behind it a coffin pulled by a chain. As the video progresses, it is obvious that the coffins are meant for the band’s members. Of course that is only part of the story as fans will discover in watching the video for themselves. The identity of the beings is revealed as the video progresses. The reveal in question plays directly into the video’s story and the song itself.

The new video was helmed by the band’s bassist Porter McKnight. Mcknight discussed his role in both writing and directing the video with members of the press expressing just how exciting it was for him and how much it meant to be given the responsibility of bringing it to life. “To be at the helm of a project that holds so much love and joy for provides an indescribable sense of excitement and pleasure,” he said. “It is truly a fantastic experience and an honor unlike any I’ve ever known. Writing/directing the music video for ‘Long Live’ has easily been one of the most exhilarating and fruitful artistic endeavors I’ve been a part of. This was my first attempt at either role and I have to say it was an absolute pleasure.” He added in his discussion his excitement about the album and fans’ reaction to it saying, The album Long Live (and the title track!) is without a doubt the best music we’ve ever written and I can’t wait to share it with everyone.”

McKnight wasn’t the ony one that was pleased with the video’s outcome. His band mates were just as excited. Drummer Brandon Saller said of the video, “This is my favorite video we’ve ever created. We were fortunate to have our own Porter McKnight at the helm with the art direction and video.” Guitarist Dan Jacobs noted that it will definitely live up to fans’ expectations saying, “I’m so pumped to show this video to the world. “We’ve worked very hard on this record and video, especially our own Porter McKnight, who directed it, so words can’t express how excited we are to share it with everyone. It’s by far the most epic video we have ever made and the face-melting level is on 11. Warning: Uncontrollable head banging will occur.”

Front man Alex Varkatzas noted his positive outlook in regards to the video especially in its connection to the album in whole saying, “‘Long Live’ is by far my favorite Atreyu video, which is fitting because our new record, titled Long Live, is the strongest Atreyu record to date,”

Long Live will be available in stores and online on Friday, September 18th. It is available now for pre-order in a number of bundle packs. The items included in the bundle packs include items that reflect the interest of the band members. They include: a bicycle, a surf board, skate deck, A Dan Jacobs guitar, a drumhead used in the recording of Long Live, canvas prints and even muay thai gloves. Along with commenting on the band’s new video and album, Saller also shared his thoughts on the pre-order bundles for the album, noting that the band didn’t want to just make the pre-orders like every other pre-orders from other bands. The band wanted to give its fans something special, especially since it had been on hiatus for so long. “We wanted to make the pre-order options interesting and have items for the true collector,” he said. Grab your pre-order and get the title track instantly. Then, I recommend going to your car, cranking it up and driving fast while screaming your f**ing head off.” Fans can pre-order the album now online at http://atreyu.merchnow.com/. The track listing for Long Live is noted below.

I Would Kill/Lie/Die (For You)

Cut Off the Head

Do You Know Who You Are

Atreyu wil hit the road this fall in support of Long Live. It will kick off its tour on the album’s release date in Pamona, California. It currently has dates scheduled in the Midwest, Northeast, and Mid-Atlantic region as well as one date in Canada. The band’s current tour schedule is listed below.