Fitz and the Tantrums released its latest video this week.

The band unveiled the video for its new single ‘Roll Up’ just in time for Halloween.  The animated video puts the group’s members as animated characters in a night club setting.  The video presents the group’s members in a way that would make them fit in perfectly with the creatures of the night in that setting, too.  It can be viewed online now here. 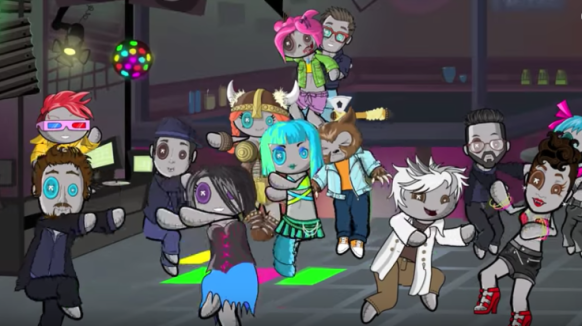 Along with its new video, the band is also currently touring in support of its new self-titled recording, its third full-length studio recording.  Audiences can keep up with the band’s tour schedule online now here.

More information on ‘Roll Up’ and its new companion video is available online now along with all of Fitz and the Tantrum’s latest news, tour updates and more at: