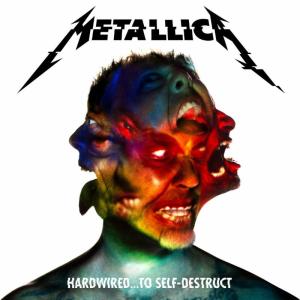 Metallica will be live on TV tonight.

The veteran hard rock outfit will perform live tonight on Jimmy Kimmel Live!  The performance marks the first time the band has ever performed on the hit late night talk show.

There is no word on which song(s) the band will perform tonight.  Along with its performance, the band will take some time to talk to Jimmy.  Jimmy Kimmel Live! airs at 11:35 p.m. EST/10:35 p.m. CST on ABC.

Tonight’s performance is part of Metallica’s tour in support of its brand new album Hardwired…To Self–Destruct.  The album was released last month on the band’s own label, Blackened Recordings.  It debuted at #1 around the world.  The record was produced by Greg Fidelman along with James Hetfield and Lars Ulrich.

Hardwired…To Self–Destruct is available now in stores and online on CD, vinyl, digital deluxe and double deluxe versions.  It can be ordered online direct via Metallica’s online store here.

More information on Metallica’s performance tonight on Jimmy Kimmel Live! is available online now along with all of the band’s latest news and more at: