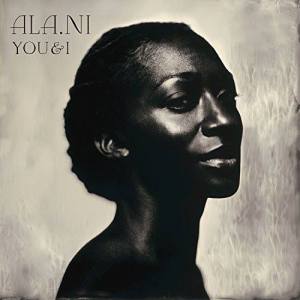 Ala.Ni will make her North American tour debut this fall.

The British-born, French-based singer announced this week she will join Son Little for a short string of live North American dates beginning Oct. 18 in Asbury Park, NJ.  The schedule, which is in support of her debut album You & I, runs a little more than a week, includes performances in Asheville, North Carolina; Pawling, New York; Annapolis, Maryland and a handful of other dates. It ends Oct. 27 in Atlanta, Georgia.

The full tour schedule is noted below.

Also in support of her new album, National Public Radio presented an interview featuring Ala.Ni on its World Café program that can be heard here now.  The up-and-coming singer discussed with host David Dye the inspiration behind the songs featured on her new album, her life in music and more.

If that is not enough, audiences can also view one of Ala.Ni’s live performances of her song ‘Cherry Blossom’ taken from BBC2’s hit program Later…with Jools Holland now.

You & I is available in stores and online now.  More information on the album is available online now along with all of Ala.Ni’s latest news and more at: