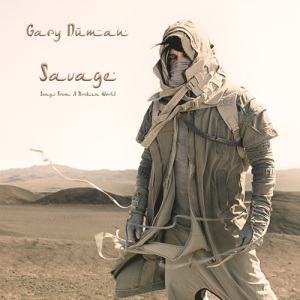 Gary Numan debuted the video for his latest single ‘My Name Is Ruin’ this week.

The video comes only weeks after he first premiered the song, which is the lead single from his upcoming album Savage (Songs From A Broken World). The album is currently scheduled to be released Sept. 15 via BMG Music and will be available on Cd, deluxe CD, double vinyl, cassette, digital and MFit platforms.  Its full track listing is noted below.

The video – directed by Chris Corner — places Numan and his daughter Persia in the post-apocalyptic world described in a recent interview in which he describes the album’s concept. It is a vast, empty wasteland of deserts and mountains that heightens the emotion in the song’s arrangement and lyrical content. Audiences can view the video online now here.

Numan will hit the road this fall and winter in support of his new album for a roughly monthlong North American tour that begins Nov. 15 in San Diego, CA. The tour runs through Dec. 16 and currently includes performances in Seatlle, WA; Houston, TX; Brooklyn, NY and a handful of other cities.  The current tour schedule is noted below.

Tickets are available now for all dates, and can be purchased here.