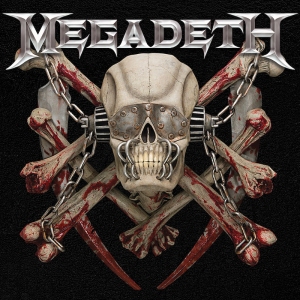 Megadeth is going back in time…sort of.

The band announced Friday that it will re-issue its 1985 debut album Killing is My Business…and Business Is Good! this summer.  The album is scheduled to be released June 8 via Century Media.

Killing Is My Business…and Business Is Good: The Final Kill is just the latest re-issue for the album.  It was most recently re-issued in 2015 via Sony/Legacy.  This new re-issue Remixed by veteran mixer Mark Lewis (Trivium, Death Angel, Devildriver, Whiechapel) and remastered by Ted Jensen (Alice in Chains, Hatebreed, Machine Head), includes previously unheard bits and pieces throughout (E.g. a previously unheard drum drum performance found during the mixing sessions).  It also features the original album in its entirety coupled with seven live performances transferred to CD from VHS tapes found in Megadeth frontman and founder Dave Mustaine’s attic.

The extra live tracks are not this re-issue’s only bonuses.  It also includes the band’s 1984 3-track demo as part of its body alongside a previously removed cover of Lee Hazelwood’s ‘These Boots’ and new cover art for the album.  The re-issue’s full track listing is noted below.

In looking at all that this re-issue offers, Mustaine was excited.

“I am just as much amazed at the music we made as I am at the pure fact that we survived at all!,” Mustaine said.

Killing is My Business…and Business Is Good!: The Final Kill are open now.  It will be available in stores and online in North American on CD and in four different vinyl pressings.  Details on those releases are noted below.

It will be available on CD and two separate vinyl pressings in Europe.  Information on those releases is noted below.

It will be released June 6 in Japan via Sony Japan on BluSpecCD.

Copies can be reserved now at the links noted below.

More information on the upcoming re-issue of Killing Is My Business…and Business Is Good! is available online along with all of Megadeth’s latest news and more at: