Stoner rock fans have another new band to check out.

Black Coffee released its debut album Take One last month — April 21 to be exact — and now in celebration of its release, the band released the video this week for the album’s lead single, ‘I Barely Know Her.’  Shot at the Johnstown Opera House in Johnstown Ohio — only about 30 to 40 minutes from the band’s home town of Columbus, Ohio (depending on the route and traffic) — the video was directed and produced by John Payne of Payne Productions. 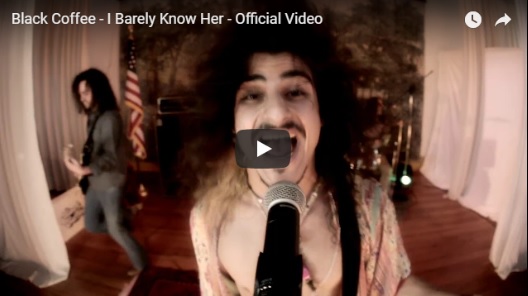 Payne’s treatment gave the video a decidedly grainy look, almost like the look one might get from an 8mm camera.  That was meant to go along with the clear classic stoner sound that the band generated in its composition.  Speaking of the composition, its sound is such that it will appeal easily to fans of Zodiac, Horisont, and to a slightly lesser degree, Black Stone Cherry among other similar acts.  The can be downloaded now via iTunes.

Even more interesting in this composition is the sound of front man/bassist Ehab Omran’s vocals.  Listening to Omran sing without hearing him, one might find one’s self making comparisons to the late great Chris Cornell or to BSC front man Chris Robertson, adding even more interest to the song.  Drummer Tony McCullough’s secondary vocals, when joined with Omran’s create some very nice harmonies here, too.

More information on ‘I Barely Know Her‘ is available online now along with all of Black Coffee’s latest news and more at http://www.facebook.com/officialblackcoffee.