Punk band Anti-Flag has debuted the video for its cover of Buffalo Springfield’s fame protest song ‘For What It’s Worth.’

The video, which originally debuted online at Democracy Now!, presents the band’s slightly amped up take on the classic tune alongside live footage of the band from its 2018 European tour, the March For Our Lives and images of firearms with statistics about gun violence in America.  It is a partnership with Everytown, “a movement of Americans working together to end gun violence and build safer communities.”

Anti-Flag’s cover of ‘For What It’s Worth’ is included in the band’s forthcoming album American Reckoning, which is currently scheduled to be released Sept. 28 via Spinefarm Records.

The record, which was mixed and mastered by Justin Francis, features acoustic re-workings of songs from the band’s previous two albums American Spring (2015) and American Fall (2017) along with a handful of covers including this song.  Pre-orders are open now.  The record’s full track listing is noted below.

American Reckoning Track Listing
1. The Debate Is Over (If You Want It)
2. Trouble Follows Me
3. American Attraction
4. When The Wall Falls
5. Racists
6. Set Yourself On Fire
7. Brandenburg Gate
8. Gimme Some Truth (John Lennon cover)
9. For What It’s Worth (Buffalo Springfield cover)
10. Surrender (Cheap Trick cover)

“Inspiration and the energy to keep fighting for social and economic justice comes in all forms,” the band said.  “Many would not expect a punk rock band to take an inspiration from an artist like Buffalo Springfield, but they’d be wrong.  We have been influenced by the power of this song for years.  We have used portions of the groove and drum beat on Anti-Flag records, and now have created this version of the song.”

Additionally, the band praised Democracy Now! for its part in premiering the its new video.

“To premiere this video via Democracy Now! is an absolute honor and privilege,” the band said.  “When people ask us how they can become informed, be better citizens of the world, find news predicated upon empathy and the truth, we tell them to listen to Democracy Now!  To be featured on this life-changing and undeniable for for truth and positive change in the world is incredibly special to our band.”

Anti-flag is touring now with Rise Against and AFI.  The band will launch a UK/European tour this fall with Silverstein, Cancer Bats and Worriers.  The tour will include two ANTIfest indoor shows,  The band’s current tour schedule is noted below. 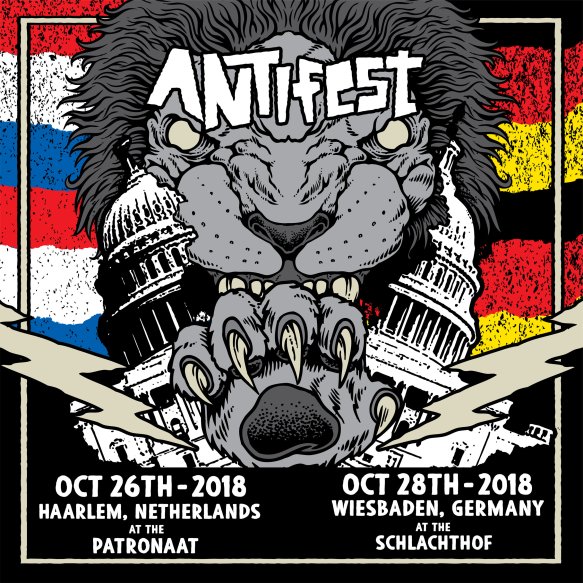