The Rolling Stones has another live recording on the way.

Many of the band’s biggest hits are featured throughout the recording. They are joined by songs, such as ‘Rocks Off,’ ‘Sparks Will Fly’ and ‘Before They Make Me Run,’ that are much rarer to previous Rolling Stones recordings.  The recording’s full track listing is noted below. 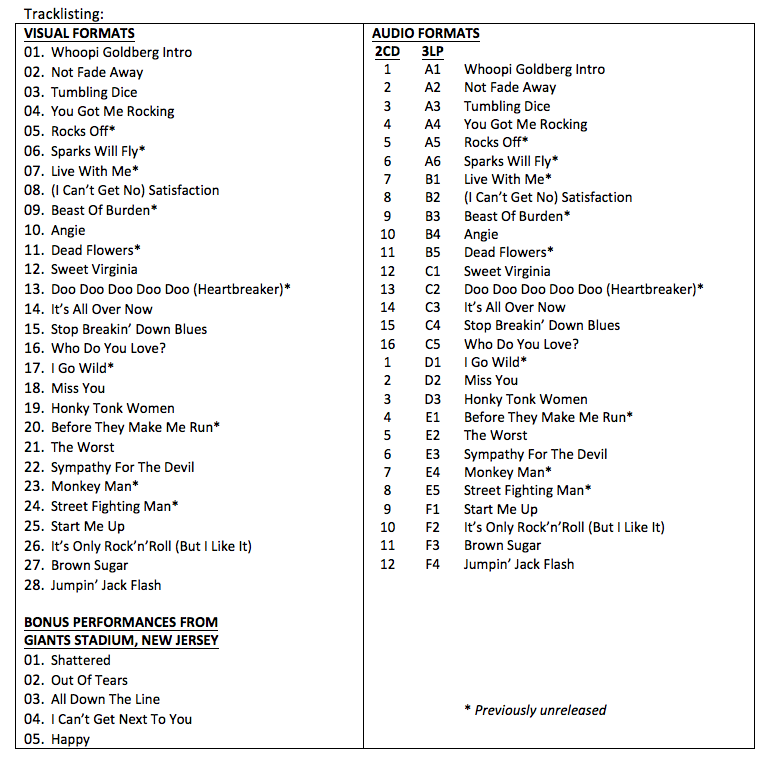 The Rolling Stones’ year-long “Voodoo Lounge Tour’ launched in Aug. 1994 and featured 134 shows spread across six of the world’s seven continents. The tour was the biggest grossing tour ever at the time.  6.5 million people saw the band over the course of the tour.

The band’s tour help make Voodoo Lounge a #1 record for The Rolling Stones.  It went on to win the Grammy award in 1995 for “Best Rock Album.”  The album (and its associated tour) was also the band’s first without Bill Wyman.

More information on Voodoo Lounge Uncut is available online along with all of The Rolling Stones’ latest news and more at: