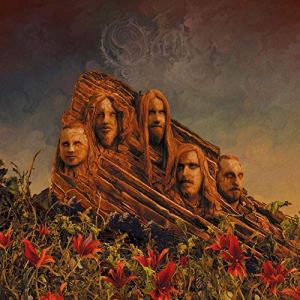 The wait is finally over for Opeth’s new live recording, and in celebration, the band has debuted another live clip from the recording.

Opeth officially released its new live recording Garden of the Titans: Live at Red Rocks Amphiteater on Friday.  In celebration of the recording’s release, the band debuted one more live clip from the presentation in conjunction with the album’s release.  The clip features a full performance of the band’s single ‘Ghost of Perdition.’

The band has also released a special limited edition 10-inch vinyl pressing of the live performance as an additional bonus for its most devoted fans.  The band’s performance of ‘Sorceress,’ which is also included in the band’s new live recording, serves as the record’s b-side.

The record is available now in four different color pressings, which are listed below.  It can be ordered via Nuclear Blast America’s online store and at Opeth’s own store.

‘Ghost of Perdition’ is the third live clip that Opeth has released from Garden of the Titans: Live at Red Rocks.  The band has also released clips featuring full performances of ‘Sorceress,’ and ‘Demon of the Fall.’

Three separate trailers for the recording have also premiered leading up to the recording’s release. They are listed below.