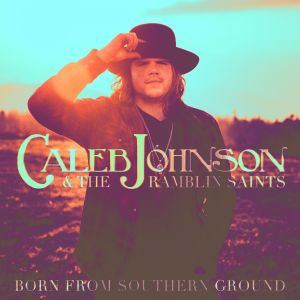 Former American Idol winner Caleb Johnson and his band mates The Ramblin’ Saints will release their new album this summer.

‘Solid Gold’ was co-written by Rival Sons front man Jay Buchanan and Blair Daly, who co-wrote most of the album’s songs along with Johnson.

Johnson spoke highly of Buchanan and Daly in a recent interview.

“I hold the highest admiration and respect for both Blair and Jay as musicians and people,” Johnson said. “I’ve been fortunate to have written some of the best songs of my career with Blair, and have been a massive fan of Jay’s voic and his band Rival Sons since 2010! I am honored that they would let me record ‘Solid Gold.’  The meaning of the song resonates deeply with me because it is an anthem of pursuing your dreams and never giving up.  I feel a lot of people can relate to that message on any given level of life.  Singing ‘Solid Gold’ is a full-circle moment for me, because I went from singing a Rival Sons song on American Idol to having a song on my album written by the singer of that band!”

The musical arrangement at the center of ‘Solid Gold,’ like that of ‘Born and Raised,’ will appeal very much to fans of The Allman Brothers Band, Lynyrd Skynyrd and Zac Brown Band.

Pre-orders for Born From Southern Ground are open now.  Johnson said he is looking forward to the record’s release.

“This is the album I’ve always wanted to make, and I’m super excited for people to hear it,” Johnson said. “It’s real, raw and honest.  Music is a religious experience and can be life-changing.  Moving forward, I hope this album will inspire others the way I was inspired when I first heard the gospel through rock ‘n roll.”

Johnson and company are scheduled to hit the road in support of Born From Southern Ground later this month in Derry, NH.  The band’s upcoming live dates, which are opening dates for The Winery Dogs, run through May 7 in Hopewell, VA.

After that run ends, the band will join Meatloaf on the road for another short run through New Jersey in May.  The band’s current live schedule is noted below.

More information on Caleb Johnson and The Ramblin’ Saints’ upcoming live dates, album and more is available online now at: