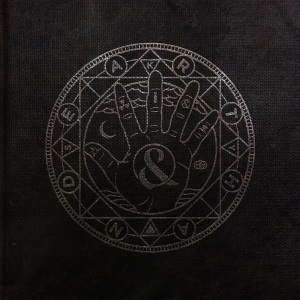 Of Mice & Men debuted the video for its new single this week.

The band debuted the video for its new song ‘Earth & Sky‘ Thursday.  The song is the title track from the band’s forthcoming album EARTHANDSKY, which is due out Sept. 27 through Rise Records.

The video finds the band performing its new song inside a studio made to look like the inside of a spaceship.  The spaceship in question, is a pyramid-shaped vehicle that eventually shoots a giant laser beam onto Earth from outer space.  It is not known what the ray does to Earth, though what looks like shockwaves are visible blowing across a nondescript deserted highway as the spaceship sits in front of the sun.

The song’s musical arrangement is pure metalcore that is certain to appeal to fans of the band’s older material.  Bassist Aaron Pauley said in a recent interview, the song’s lyrical theme is meant to present a positive message.

“‘Earth & Sky‘ is a song about resilience,” Pauley said.  “It’s about understanding you can rise above whatever it is that keeps trying to drag you down, no matter what.  For me, a lot of the time, I’m writing about battling with my own mind.  For you, it may be a person or an obstacle or a circumstance.  Regardless of whatever it is is that’s trying relentlessly to drag you down, I hope I hope this song empowers you to rise above it with authority, like it does me every time I sing it.”

‘Earth & Sky‘ is just the latest song and video to come from EARTHANDSKY.  of Mice and Men most recently debuted the video for another of the album’s songs, ‘Mushroom Cloud‘ on May 2.  It was preceded by the debut of the video for the song ‘How To Survive‘ on March 6.  The audio-only stream of the song debuted Feb. 14.

All three songs are featured as part of EARTHANDSKY.  The album’s full track listing is noted below.

Of Mice And Men will launch a tour in support of EARTHANDSKY on Sept. 23 in Los Angeles, CA.  The three-week tour is scheduled to run through Oct. 19 in Mesa, AZ and to feature performances in cities, such as Columbus, OH; Greensboro, NC and Houston, TX.  The tour’s current schedule is noted below.

Pre-orders for EARTHANDSKY are open now.  More information on EARTHANDSKY is available now along with all of the band’s latest news and more at: