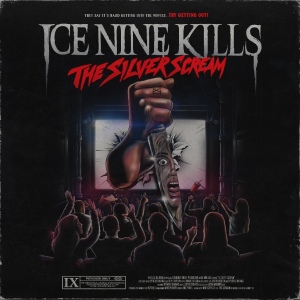 Ice Nine Kills debuted the video for its latest single this week.

The band debuted the video for its new single ‘IT Is The End‘ Tuesday.  The video, directed by Daniel Hourihan, is the finale in a series of videos and singles, all of which have come from the band’s 2018 album The Silver Scream and features appearances from members of Fenix TX and Less Than Jake.

The band’s video series from  The Silver Scream also features videos for the songs ‘Thank God It’s Friday,’ ‘Stabbing in the Dark,’ ‘A Grave Mistake‘ and ‘The American Nightmare.’

Most recently, the band debuted the video for the song ‘Savages,’ also taken from The Silver Scream, as well as ‘Enjoy Your Slay‘ and ‘Merry Axe-mas.’

The band is scheduled to re-issue The Silver Scream Oct. 25 in an expanded package that features a new cover song, four acoustic takes of songs from the album and a new song that pays tribute to director Wes Craven’s hit slasher flick Scream.

INK opens its new North American tour run tonight in Cleveland, OH.  The tour, which also will feature performances from Fit For A King, Light The Torch, Make Them Suffer, and Awake At Last, is scheduled to run through Dec. 1 in New York, NY.  The tour’s schedule is noted below

More information on the band’s upcoming North American tour, its new singles and videos and all of its latest news is available online now at: