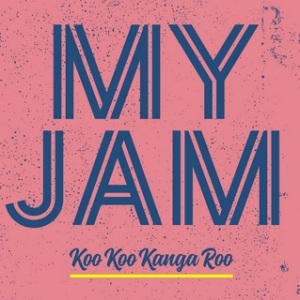 The duo debuted its new song ‘My Jam‘ Friday.  The upbeat dance tune, produced by Neil Zumwalde is getting national attention thanks to the Harlem Globetrotters, who have been playing the song lately at its games.

Globetrotters player Hammer Harrison offered praise for the song in a recent interview.

“We’re big fans of the work Koo Koo Kangaroo does to help kids be active,” he said.  “We hope that when kids and families hear the song, and watch the video, they are inspired to get up and get moving.”

The video of which Harrison spoke is in the works and will debut later this month.

Along with getting played at the Harlem Globetrotters’ games, ‘My Jam’ has also been getting spins at WXPN Kids’ Corner Radio in Philadelphia, PA.  WXPN will host its annual Kindiecomm family music conference in April.  Koo Koo Kangaroo is scheduled to take part in the conference.

‘My Jam’ is just the latest single to be released by Koo Koo Kangaroo.  The duo also recently debuted the singles ‘Hot Sauce‘ and ‘Glitter.’  ‘Hot Sauce’ is lyrically, a song about…well…hot sauce, the food.  The song’s musical arrangement throws back to the old school r&b sounds of Michael Jackson.

‘Glitter’ is just about glitter that is used in decorating.  Its musical arrangement presents a more straight forward club/electronic sound.