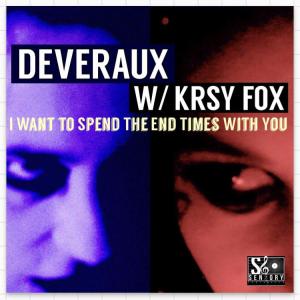 Goth-rock band Deveraux is scheduled to release its new EP This Isn’t Going To End Well this summer, and in anticipation, debuted the video for the record’s lead single this week through ghostcultmag.com..

The band, which is the solo project of Paul Whiley (Marilyn Manson, Razor Candy), debuted the video for its new single ‘I Want To Spend The End Times With You’ initially premiered the video April 23 through its official YouTube channel.  The song and video were recorded recently during the ongoing COVID-19 outbreak.  Each portion of the song and video was recorded by each member of the band and by all involved in the video’s creation, according to Wiley.

The musical arrangement at the center of ‘I Want To Spend The End Times With You’ is a guitar-driven work that boasts a subtle blues-based influence in that line.  The guitar line is accompanied by the subtle addition of a piano part that repeats throughout the song, adding a slightly eerie touch to the song’s sound and feel.  Singer Krsy Fox (Knee High Fox) makes a guest appearance in the song, adding her talents to the whole.

While the song’s musical arrangement presents a sound that will appeal to goth-rock fans, the composition’s lyrical theme is far less foreboding, as Wiley discussed in a recent interview.

“When the quarantine started, I wrote this song,” he said.  “The lyrics were inspired by the thought of lovers spending every waking moment with each other and compromising for the other.”

‘I Want To Spend The End Times With You’ is available to download now through Apple Music and Sensory Recordings’ official website.  More information on Deveraux is available through its official Bandcamp page.