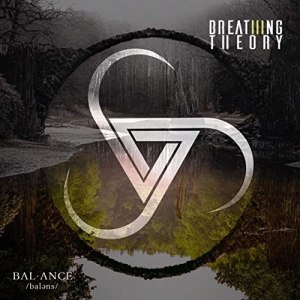 The COVID-19 outbreak has done quite a bit of damage to the live music industry this year.  Many of the concerts and tours scheduled to take place this year have either been postponed until later this year or until as far off as next summer.  That emptiness has left audiences looking everywhere that they can for live music.  For all of the attrition caused by the virus’ outbreak, one festival has not been impacted.  That festival is the Blue Ridge Rock Festival.  Scheduled to take place Sept. 18-20 in Appomattox, VA, the three-day festival already has among its confirmed acts, bands, such as Sevendust, Drowning Pool, Clutch, and Ice Nine Kills.  Also confirmed May 1 for the festival is the independent hard rock band Breathing Theory, which released its latest album Balance January 22 through Industrialust/Inner Force Productions.  The nine-song album – its edbut album and fourth overall studio recording — clocks in at just over 36 minutes in length.  The record’s musical arrangements will find appeal among a wide range of listeners.  They will be discussed shortly.  Its lyrical themes will find an equally far-reaching appeal, if not even more than that of the musical arrangements.  They will be discussed a little later.  The record’s sequencing rounds out its most important elements.  All three noted elements are key in their own way to the whole of this latest offering from Breathing Theory.  All things considered, they make Balance a work that makes the album a noteworthy offering from the band and that could help further establish the band’s place in the rock community.

Breathing Theory’s recently release album Balance is a well-titled work from the up-and-coming hard rock group.  That is because it does in fact exhibit a good balance of musical and lyrical content over the course of its nearly 40-minute run time.  The record’s musical arrangements will appeal to a wide range of listeners in themselves.  Specifically speaking, it will appeal to fans of bands, such as Bullet For My Valentine, Atreyu and Memphis May Fire.  Such comparisons are made through the examination of front man Cory Britt’s vocal delivery in each song and the work of his band mates – Rob Maloney (guitar), Collin Morrison (guitar, vocals), Joey Bivo (bass) and kegan King (drums).  The album’s opener ‘Dead Cold Beautiful’ is easily likened to works from Memphis May Fire through the noted vocals and instrumentation.  Britt’s screams are countered through the clean vocals from Morrison and company while the guitars and drums present a melodic hard rock sound.  The fire in the arrangement’s instrumentation does well to accompany the song’s lyrical theme, which will be addressed a little later.

‘Waiting For A Fall’ is another example of what makes this record’s musical arrangements so important to discuss.  This song presents its own emocore type sound through its instrumentation and vocals.  Unlike the album’s opener, this arrangement is much more melodic and flowing.  It doesn’t have the heaviness of that song, in simpler terms.  Even more interesting of note is the acoustic take of this song, which is founded in a flowing piano line.  That arrangement boasts even more heaviness in its simplicity, especially in considering it alongside the song’s equally powerful, moving lyrical content.  It will also be discussed later.  One could actually go so far as to compare the acoustic, piano-driven take of ‘Waiting For A Fall’ to works from Boysetsfire.

‘Holding On,’ the album’s third entry, presents its own…ahem…balance in its musical arrangement.  It features a bit of the band’s heavier musical elements and some of its more melodic elements.  Coupled with Britt’s own well-controlled vocal delivery, the whole of the song creates its own identity within the albums’ bigger picture.  When it is considered alongside the arrangements for ‘Waiting For A Fall,’ that of the album’s opener and the rest of the record’s songs, the whole of the album’s musical arrangement proves itself to be its own important part of the album’s whole.  It is just one of the important elements to address in examining the album.  The record’s lyrical themes are accessible for audiences in their own right.

The lyrical theme at the center of ‘Waiting For A Fall’ is a prime example of that accessibility.  The song’s lyrical theme is that of encouraging listeners to not give up in difficult times.  That is evidenced right from the song’s outset as Britt sings in the song’s lead verse, “It’s enough/Don’t give up/Don’t just let go of all you know/It gets rough/But be tough/I’ll hold you close when the winds will blow/Hold on and be strong/I feel you here/Don’t disappear/All we are/Is searching for our lives/And we all are/Much more than meets the eye.”  He adds in the song’s second verse, So you reach/Till you bleed/Just a live and breathe what you believe/Then you scream/ nothing seems/To let you be the song you sing/Keep hope/And just know/That I’m still here/When you feel fear/All we are at beacons in our souls/And we all are just waiting to be whole.”  Whether it be a time such as now, when so much is happening to break people down emotionally, or in any other time, such a message is one that will resonate with so many listeners, not just metalcore or even emocore fans.  Together with its two separate musical arrangements, the overall content shows in its own way why the album is deserving of attention.

‘Dead Cold Beautiful’ presents its own accessible lyrical theme.  This time, the theme is one of the all-too-familiar matter of the broken relationship.  This is inferred from the song’s outset in its lead verse.  Britt sings here, “You can lie to me and keep inside/I know that this is just disguised but leave it all and take the truth/I followed it/I followed you/Can we become the ones to say we are alive we can’t be changed and this is all we’ve ever known don’t take away what made us strong.  He continues, singing, “So you lied to me and you hid behind/the mask you wear/Your empty smile but did you fall while reaching too/It cut so deep/It swallowed you/How can you just throw away the life you stole/The hearts you break/And I will ever burn to rise and this is truth I thought to find.”  In the song’s third and final verse, Britt sings, “I finally woke to figure out I needed this to grow somehow/So say goodbye for what it’s worth I made it through I found rebirth somehow this time I broke away from trusting you/The games you play/But I have risked my life to feel it’s everything it makes me real.”  Simply put, this sounds like someone who has been through that bad relationship, but has grown personally from said relationship.  It reminds listeners that they can advance past their own negative situations, again, showing the accessibility of the record’s lyrical theme and the importance thereof.

As much as the noted songs do to show the importance of Balance’s lyrical themes, they are just two of the songs that serve said purpose.  ‘The Nothing’ shows that importance in its own way, too.  The song opens with Britt singing, “You’re not the only one so rise and sing along!/ Your eyes/They light the way to move the stars/Still I wonder what you are/Your soul/It cast devotions in the sun/Still I wonder what you’ve become.”  He continues in the song’s second verse, “The sky/It meets horizons/Where you call the moons align and fall/Have you become so lost the oceans wait to cross” before closing the song, singing, “So don’t be so lonely/You’re not the only one searching for something you can be/We all need belonging.”  Once again, audiences get here, a song that comes across strongly as a motivational work that is meant to inspire listeners.  Considering the power of this song’s lyrical content, that of the other noted songs and that of the rest of the album’s entries, the album’s lyrical content in whole, proves without question, to be just as accessible and important as the album’s musical arrangements.  Together with the musical arrangements, the whole of the album’s content strengthens even more, the argument for taking in this album at least once.  The album’s sequencing works with its content to make it even more deserving of being heard at least once.

The very first thing to note in the overall sequencing of Balance is the contrast of its opener and closer.  ‘Dead Cold Beautiful’ opens the album in a mysterious, brooding fashion before going all out, expressing the emotions felt apparently in the breakup of a romantic relationship.  The album closes on a gentle note with the simple, piano-drive arrangement of ‘Waiting For A Fall,’ which exhibits such vulnerability through its arrangement and lyrical content.  Ironically, the song is a work that encourages people not to give up in their most difficult times.  Meanwhile, the album’s opener is its own deeply emotional work that centers on a breakup.  That is quite the contrast.  On the same note, the guitar-driven take of ‘Waiting For A Fall’ serves its own purpose, breaking up the energy in the album’s first and second half.  That division ensures even more, listeners’ engagement and entertainment.  Keeping that in mind along with the contrast of the album’s opener and closer, the whole of the sequencing proves itself to be just as important as the record’s musical and lyrical content in examining its whole.  When those items are considered along with the sequencing, the album in whole proves itself to be a strong full-length debut for Breathing Theory.  In whole, they make Balance a record that is in fact well-balanced, and in turn, deserves to be heard by any hard rock aficionado.

Balance is a positive full-length debut from Breathing Theory.  It is a work that shows promise of growth for the up-and-coming independent hard rock group.  That is proven through the record’s musical arrangements, its lyrical themes and its sequencing.  Its musical and lyrical content is accessible, making it more engaging and enjoyable for audiences.  The record’s sequencing does its own share to make the record engaging and enjoyable, too.  That has all been explained here.  Each item noted is important in its own way to the whole of the album.  All things considered, they make the album truly a well-balanced record that shows promise for the band’s future.  Balance is available now.  More information on Balance is available along with all of Breathing Theory’s latest news at: