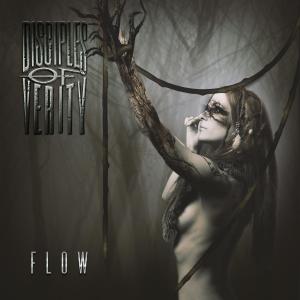 Disciples of Verity gave audiences another preview of its new album this month.

The band debuted the lyric video for its new single ‘The Flow‘ June 18.  The song is featured on the band’s forthcoming debut album Pragmatic Sanction, which is scheduled for release Aug. 7 through The Label Group and INgrooves.  Pre-orders for the album are open now.

The album’s third single, it comes more than five months after the band debuted the album’s second single, ‘Lying To Myself.’  That song featured a guest appearance by Phil Demmel (BPMD, ex-Machine Head, Vio-lence) on guitar.

The band debuted the album’s lead single ‘Worthy’ last year through a partnership with Revolver magazine.  The song featured a guest appearance by Jeff Loomis (Arch Enemy, Nevermore) on guitar.

‘The Flow’ features a guest appearance by Sevendust drummer Morgan Rose, who said he was excited to be included in the song.

“Any time you get an opportunity to track music with a legend, you jump,” he said.  “The track f’n rips. Corey sounds better than ever.”

The song’s lyrical theme is heavy in its own right, according to a statement from Glover.

“The idea that the world isn’t giving you what you deserve is universal,” Glover said. “Given the unrest in the world, today it’s more than an idea.”

‘The Flow’ is available to stream and download here.

More information on Disciples of Verity’s new single is available along with all of the band’s latest news is available online at: