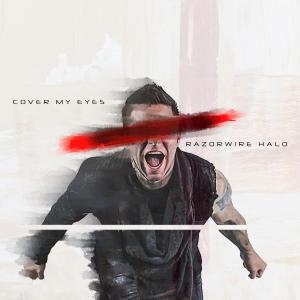 Razorwire Halo will release its latest single ‘Cover My Eyes’ next month.

In anticipation of the single’s release, the band debut the song’s lyric video July 17 through Ghost Cult Mag.  The video places the song’s lyrics over images of static while the song’s industrial metal arrangement plays alongside that noted content.

The song’s musical content will appeal to fans of bands, such as Gravity Kills, Nine Inch Nails, and Marilyn Manson.  Its lyrical content meanwhile presents an existential theme of sorts, according to the band.  The band pointed out in a prepared statement that the song’s lyrical theme focuses on “the danger and gave consequence of what it is to look (but not see).”

Razorwire Halo is scheduled to release ‘Cover My Eyes’ by itself Aug. 14.  Audiences can pre-save the song now through INgrooves.

The single’s lyric video was directed and edited by Kenn Little of A Ghost In Every Room.

More information on Razorwire Halo’s new single is available along with all of the band’s latest news at: