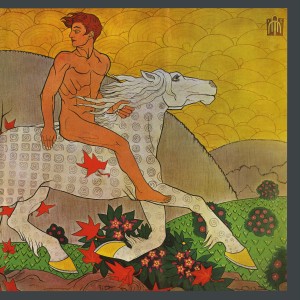 The band has joined with BMG to er-issue its 1969 album Then Play On.  The band’s third album, it was the last to feature Green, who died July 25.  The re-issue is scheduled for release Sept. 18 on vinyl and CD.

The album’s track listing is noted below.

Green left Fleetwood Mac following the release of Then Play On — that title is taken from the opening line of Shakespeare’s famed play “The 12th Night” — after he was diagnosed with schizophrenia.  He spent a portion of the mid-1970s in hospitals to receive treatment for the mental disorder.

The cause of Green’s death is unknown.  Mick Fleetwood, who formed Fleetwood Mac alongside Green has praised Green, saying he deserved the majority of the credit for the band’s early success.

More information on Fleetwood Mac’s forthcoming re-issue is available along with all of the band’s latest news at: