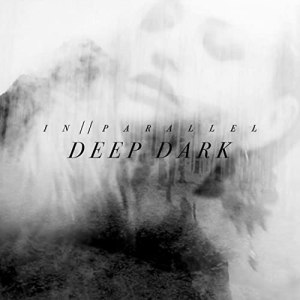 Independent rock super group In Parallel debuted the video for its latest single this week.

The band The band — composed of Lance Black, Jesse Fine, Ryan Parrish, and Mark Nash — debuted the lyric video for its new single ‘Deep Dark‘ Thursday.  It is the second single from the band’s forthcoming EP Fashioner, which is scheduled for release Sept. 14 through Wiretap Records.  The video’s premiere comes more than a month after the band debuted the video for the album’s lead single, ‘Leave It With The Ghost.’

The video for ‘Deep Dark’ places the song’s lyrics over a subtle black and white background that features images such as gentle, flowing water and fog-covered landscapes.  The song’s musical arrangement is distinct from that of ‘Leave It With The Ghost.’  It presents what is in this critic’s ears, a distinct influence from The Cure, unlike the Nine Inch Nails-esque vibe of ‘Leave It With The Ghost.

The lyrical theme at the center of ‘Deep Dark,’ which Black discussed in a recent interview, tackles a psychosocial matter that will relate to many listeners.

The song’s subject matter deals with the overwhelming feeling of depression and the codependency that often comes with it,” he said. “Its chorus concludes that we are complex human beings living in a world with little tolerance for mistakes or flaws: ‘We’re the sum of the ocean and its deepest parts. Where it ends, and where it starts. We’ve asked for nothing, but you understand what a perfect world demands.”

‘Deep Dark’ is available to stream and download through Spotify and Apple Music.’

More information on In Parallel’s new single is available along with all of the band’s latest news at: