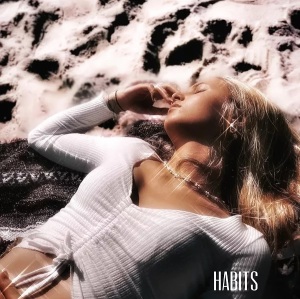 Munsey debuted her new single ‘Habits‘ Friday.  The song comes more than a year after Munsey debuted her then latest single, ‘Rose Gold.’  Its  debut was followed by the release of Munsey’s debut EP for me, or for you in March.  The EP spawned the single ‘Crystal Skies.’

‘Habits’ presents a musical arrangement that is grounded in its electronics.  They join with the song’s keyboard line and Munsey’s own vocal delivery style to make the song in whole, a work that will appeal to most pop music fans.

The song’s lyrical theme seems to come across as touching on the all too familiar topic of personal and romantic relationships.  This is inferred from what can be deciphered sans lyrics sheet to reference.

In talking about how she develops her songs’ lyrical content, Munsey had the following to say:

“I’ve had many instances where I can’t figure out how I’m feeling about a situation and with no intention to write about it, it inevitably makes its way onto paper. That’s also why it’s so addicting, so cathartic. When feelings are all you have at first, it’s important to lay things out and get comfortable with saying them out loud.  But when you craft them into actual sound, it’s a whole other level of contentment.”

In discussing how her songs’ musical arrangements are developed, Munsey said, “Sometimes I’ll be walking outside and listening to the sound of my shoes hitting the concrete, and I’ll hear a melody in my head and quickly reach for my phone to record it.”

More information on Christina Munsey’s new single is available along with all of her latest news at: