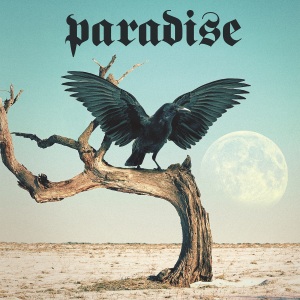 Stoner rock band Paradise debuted the video for its latest single this week.

The band debuted the video for its new single ‘Who Do You Wanna Be‘ Thursday. the song and its video are the fifth from the band’s latest album.  it follows the debut of the singles ‘One of a Kind,’ ‘Away From You,’ ‘Straight From Hell‘ and ‘Hitting On All Sixes.’

The video incorporates footage of recent riots caused by police brutality alongside that of people protesting  and footage of people of all different races and ages to help translate the song’s lyrical message.

The message in question is meant to convey a message of keeping ourselves in check, so to speak, according to a statement from the band.

” We’ve always been about partying and rock and roll, but there comes a time when you have to ask yourself: WTF am I doing, and how did we get here,” the statement reads. “This video suggests that it is time to take a good long look in the mirror.”

Paraside is available now through Vega Musique.  The album is available to stream and download through Spotify, Apple Music and the band’s official Bandcamp page.  The album’s track listing is noted below.

More information on Paradise’s new single and video is available along with all of its latest news at: