Officials with Starz and Anchor Bay Entertainment announced this week that the companies will release Spartacus: The Complete Series this fall. 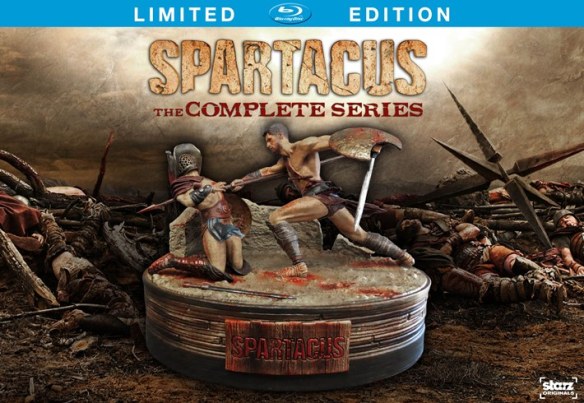 Series creator and executive producer Steven S. DeKnight commented on the series in a recent interview promoting the upcoming box set. He explained just how important the series remains to all that worked on it even today and added a note for audiences. “The gods finally bless us with the complete collection,” he said. “Spartacus was a true labor of love for everyone who worked on it and I’m incredibly proud to present all 39 episodes in stunning High-def for the fans to enjoy at their leisure, but make sure you watch them in the order they first aired to revel in the experience as originally intended.”