Families nationwide got a lot of worthwhile ways to spend time together during the COVID-19 pandemic this year, thanks to all of the new DVDs, Blu-rays and box sets.  Of course while families got plenty to watch together, grown-ups also needed something of their own to enjoy.  Thankfully this year produced just as much for grown-ups to enjoy as children.  That is why Phil’s Picks is taking a look at what were among the best of this year’s new DVD and Blu-ray box sets for grown-ups.  This year saw a bunch of new content from Warner Brothers and DC, some better than others (E.g. the new Swamp Thing reboot and new seasons of Black Lightning – Black Lightning proved better this year than Swamp Thing, but the latter still proved worth watching at least once.  Itv and PBS presented a rather intriguing new season of itv’s crime drama Endeavour.  The season was okay but left something to be wanted.  The short-lived deep comedy The Good Place finally met its end this year and also received its only full-series release on Blu-ray thanks to the folks at Shout! Factory.  In an even more surprising move, ABC’s hit comedy Modern Family got a full series release this month exclusively through Target.  While not inexpensive, it is a presentation that devotees will appreciate.  It is just one more entry in Phil’s Picks 2020 Top 10 New DVD & Blu-ray Box Sets For Grown-ups category.

As with every other list from Phil’s Picks, this list features the Top 10 titles in the category along with five honorable mentions for a total of 15 titles.  Without further ado, here is Phil’s Picks 2020 Top 10 new DVD & Blu-ray Box Sets for Grown-Ups.

One more list is up to finish up this year’s lists.  That list is the year’s top new re-issues.  Stay tuned for that. 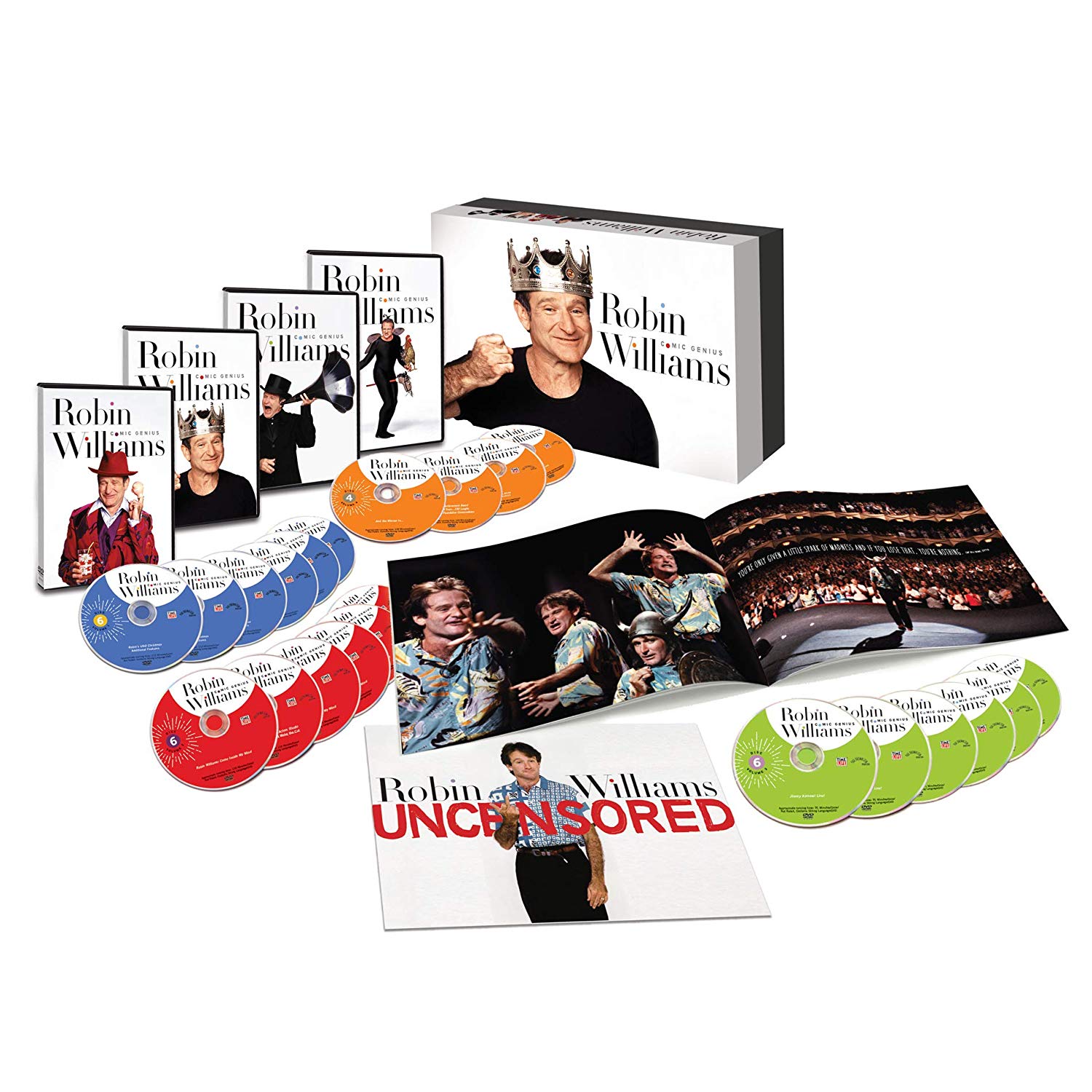 The final hours of 2018 are upon us, and with those final hours nearing their end, so do Phil’s Picks’ annual year-ender lists.  One of this year’s final yea-enders examines the year’s top new box sets for grown-ups.

Grown-up audiences have quite a few options from which to choose this year in regards to box sets.  From the multitude of dramas turned out by CBS to the wider variety of titles released via PBS to material released via Time Life, audiences had plenty to enjoy this year.

This year’s list was actually relatively easy to develop even with the number of titles released for grown-ups.  Taking the top spot in this year’s list of best new DVD/BD Box Sets for Grown-Ups is Time Life’s Robin Williams retrospective, Comic Genius.  The multi-disc set, which spans two separate volumes, offers hours of entertainment while chronicling Williams’ evolution as a comedian.  This set is well worth the money and time.

The second spot in this year’s list goes to the second season of PBS’ British import crime drama Endeavour.  From its debut season years ago to this season, the prequel series to Inspector Morse has proven to be so infectious and head and shoulders above its American counteraprts.  That is thanks to its strong writing.

The bronze in this year’s list goes to the debut season of The CW’s Black Lightning.  The CW is filled out by so many superhero series today that it should re-brand itself as “The DC/Superhero Network” — note the sarcasm here — and even with all of the shows that it airs, this series stood out proudly in its first season thanks to its writing, acting and bonus material.

Along with these three titles, is a bevy of other wide-ranging titles, such as the second season of NBC’s The Good Place, the debut season of PBS’ new cooking series Milk Street and the fourth season of the network’s family history series Finding Your Roots along with Shout! Factory’s recently released Super Sentai: Gojin Sentai Jetman — The Complete Series and plenty of other titles.  As always, the top 10 titles on the list are just that, while the five that follow are honorable mentions, making a total of 15 titles.