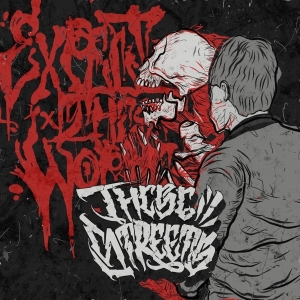 Hardcore punk band These Streets is giving audiences their first preview of its new album Expect The Worst.

The band debuted the album’s lead single ‘Stay Awake‘ Wednesday.  The song’s heavy, pounding arrangement is a work that will appeal to fans of bands, such as Terror, Hatebreed and Sick of it All.  That is evident in the heavy, crunching, down-tuned guitar line at the center of the arrangement, as well as the full-on collective screaming effect that is so common in the hardcore punk scene and the tight yet equally intense drumming.

Front man Cam Ross said in a recent interview, the song’s lyrical topic stemmed from the band’s time on the road with two other hardcore punk bands on their most recent live run.

“Let’s just say that ‘Stay Awake’ is about a really long night we had on tour with Skarhead and Brick By Brick…a very long and interesting night,” he said.

The experience seemingly was impacting, as Ross stresses in the song’s lead verse that, “you can’t find peace at the bottom of the bottle” and that he can find “the power to break away.”  Additionally, he notes in the song’s second verse that “a sense of clarity is all I want.”  He goes so far as to open the second verse, saying, “I ask myself where I went wrong.”  The song’s third verse follows in similar fashion, lyrically.  Looking back, the song’s lyrical content seems to hint at the noted experience causing him to have a moment of personal insight.  That seeming insight, coupled with the song’s hard-hitting musical arrangement, makes the single a powerful first impression for the album.

‘Stay Awake’ is available to stream and download here.

More information on These Streets’ new single and album is available along with all of the band’s latest news at: 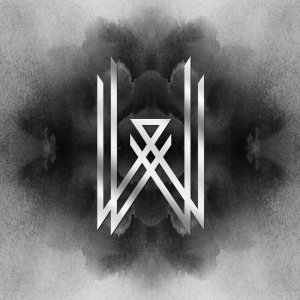 Wovenwar premiered its new single, ‘Profane’ yesterday on the official website of Revolver Magazine. Audiences can stream the video now through the magazine’s now at http://www.revolvermag.com/news/wovenwar-premiere-new-song-profane.html. The single comes from the band’s upcoming self-titled debut record. The album will be released worldwide via Metal Blade Records next Tuesday, August 5th. After checking out the band’s new single, fans can also leave their thoughts on the song in the “comments” section of the site. Fans can also check out two other songs from Wovenwar’s upcoming album—‘All Rise’ and ‘The Mason’—and four In Studio videos filmed by the band through the band’s Metal Blade Records website, http://www.metalblade.com/wovenwar. Fans will get to hear the album in its entirety this Friday, August 1st when the album stream goes live ahead of its release in store and online.

Wovenwar is currently touring in support of its upcoming album alongside Black Label Society. That tour wraps next Monday, August 4th. After that, the band will take a couple of days off before playing a trio of album release shows August 7th and 8th. The third show will be at Phil Sgrosso’s new club, Brick By Brick. Fans that come out to that show will have the chance to hang out with the band, celebrate the album’s release, and even have the chance to win prizes provided by Wovenwar, Metal Blade Records, MotorCult, and Dirtbag Clothing. Fans that attend the band’s August 8th show at Soma can use those ticket stubs to get into the show at Brick By Brick for free. Others get in for five dollars. The Brick By Brick show is a 21+ show. The band will also perform Saturday, August 9th at the famed Roxy in Los Angeles, CA. The full schedule of performances is listed below.

If fans aren’t able to make it to any of the shows noted above, they can still catch the band live at the famed restaurant Grill ‘Em All in Alhamba, CA. Details on that upcoming show will come soon. Fans will also get plenty of chances to see the band live as it tours in support of its debut album. It is currently wrapping up the North American leg of its tour. It will be in Indianapolis, IN tomorrow. That date will be followed with performances in Texas and new Mexico. It all wraps with the band’s upcoming shows in California. After that, the band will take some time to rest before kicking off the European leg of its tour on August 15th at the Pukkelpop Festival in Hasselt, Germany.