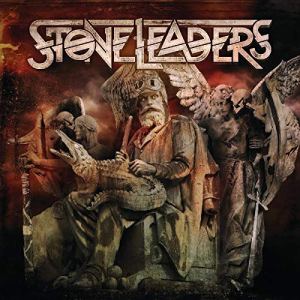 Prog-metal band Stone Leaders debuted the video for its new single this week.

The band debuted the lyric video for the song ‘Box Of Time’ at Brutal Planet’s official website.  The video presents a variety of images, such as a clock on top of the moon, promotional photos of the band’s members and what looks to be New York City.

In terms of its musical content, the song’s arrangement can be compared to early works from the band’s American counterpart, Dream Theater.  In regards to its lyrical content, drummer John Macaluso (who has recorded with Dream Theater front man James LaBrie), said the song centers on the influence that our minds and memories have on us.

“You know, one day you’re doing fine until soon you’re walking down a street, and a voice or a scent — or even a song — pulls you right back to where you were before,” Macaluso said.  “Ultimately, the song is about the power of the mind, because sometimes, survival depends upon this deleting mechanism in the brain.”