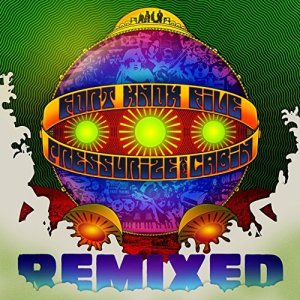 Music lovers of all kinds have seen so many great new records this year.  From rock to country to jazz, blues and so many genres in-between the musical universe has spawned countless enjoyable records.  One of the genres that Phil’s Picks hasn’t yet touched on this year is that of rap and hip-hop.

The rap and hip-hop community has collectively spawned just as many outstanding new albums as acts from every other genre across the musical universe.  De La Soul returned this year with its new record And The Anonymous Nobody.  DJ Shadow also returned with its own enjoyable album in the form of The Mountain Will Fall.  If that isn’t enough for fans, Fort Knox Five also put out a new album in a 20-song remix album titled Pressurize The Cabin Re-Mixes.  The record tops Phil’s Picks list of top new rap and hip-hop albums this year.  It’s like having two remix albums in one yet is still its own brand new collection of songs.

There is just not enough space for it all, but this critic tried to present the most outstanding new albums deserving of credit even in this realm.  Keeping this in mind, Phil’s Picks has picked out quite the field of new rap and hip-hop albums this year to pay attention to.