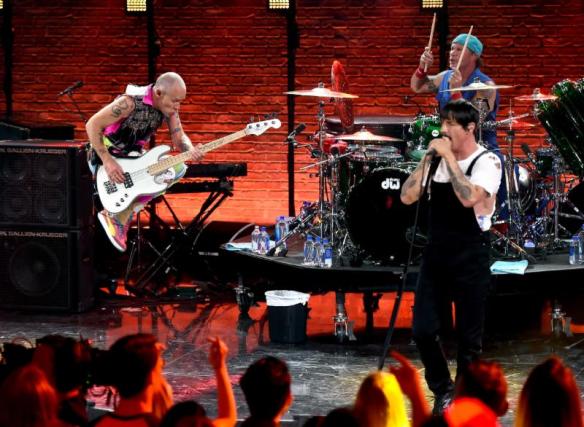 Red Hot Chili Peppers fans are going to get a very special treat from the band this week.

The Audience Network, DIRECT, and U-Verse will air a special performance by the band this Friday night, June 17th at 9pm ET/PT.  The performance, which was recently recorded at iHeart Theater L.A., is in celebration of the release of the band’s new album The Getaway.  The performance will air on DIRECTV on Channel 239 and on U-Verse on 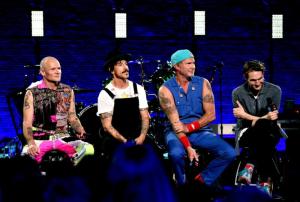 Channel 1114.  Along with its special performance the band also held an interview session.  Among the songs featured in the band’s performance were the likes of: ‘Can’t Stop,’ ‘Other Side,’ ‘By The Way,’ and ‘Soul To Squeeze’ among many others.  Audiences can watch the band perform its new single ‘Dark Necessities’ now from that concert at RollingStone.com.  The trailer for the band’s performance can be viewed here.

The Getaway is the eleventh full-length Red Hot Chili Peppers studio recording and the band’s first since its 2011 album I’m With You.  The Getaway was produced by Danger Mouse and mixed by Grammy® Award-winning producer/engineer Nigel Godrich.  Before Godrich came on board with the band, famed producer Rick Rubin had helmed the band’s records for the past twenty-four years.

More information on Friday night’s performance is available online now along with all of the band’s latest news and more at: