The Blues Hall of Fame will officially open for the first time ever this morning at 10amET. Today’s grand opening of the band new building was preceded last night by the annual Blues Music Awards, which is now in its 36th year. The awards ceremony was held in front of a sold out crowd of 1500 people in downtown Memphis, TN at the Cook Convention Center. 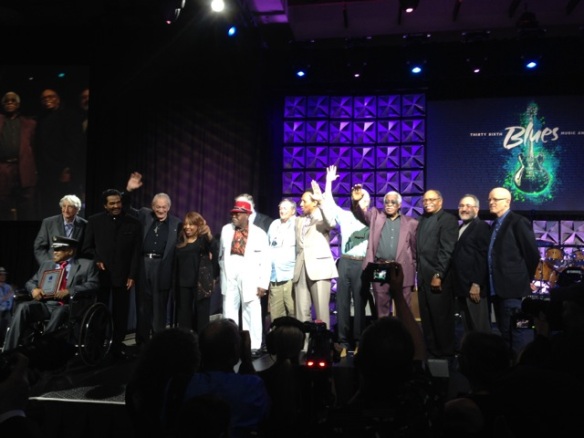 Twenty-four awards were handed out at last night’s ceremony. Elvin Bishop was the night’s big winner with three awards. His latest full-length release Can’t Even Do Right won for Best New Album. His Band took top honors in the Band category. And the album’s title track won for Best Song. Other winners on the night included: Joe Bonamassa (Best Instrumentalist—Guitar), Selwyn Birchwood (Best New Artist Album—Don’t Call No Ambulance) and Johnny Winter (Best Rock Blues Album—Step Back). The complete list of this year’s Blues Music Awards is noted below. 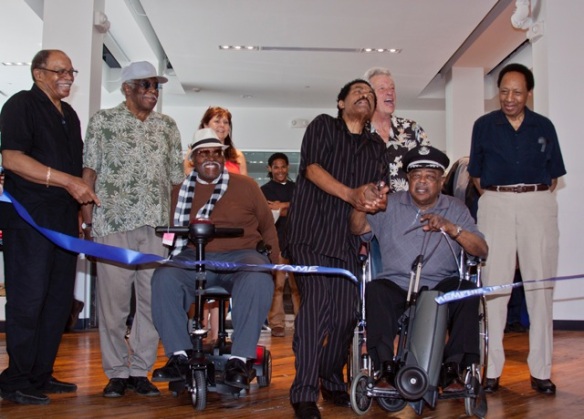 On the eve of the Blues Hall of Fame’s official opening, Little Richard, Tommy Brown, and Eric Clapton became the institution’s latest inductees. They join the likes of B.B. King, Etta James, T-Bone Walker and one hundred forty-three others that have been inducted over the past three decades plus. Fifty-one non-performers have also been added to the hall along with eighty-three of the greatest blues singles ever crafted, and forty books and magazines centered on the blues.