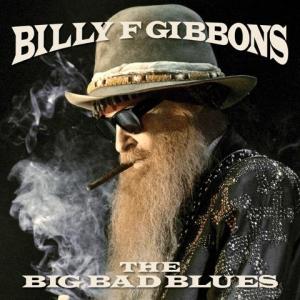 The video, captured Nov. 11, 2018 at the Aztec Theater in San Antonio, TX was of Gibbons and his fellow musicians — drummer Matt Sorum (Guns ‘N’ Roses, Velvet Revolver) and guitarist Austin Hanks — performing the song ‘Missin Yo’ Kissin.”  The performance was part of Gibbons’ 2018 tour in support of his album The Big Bad Blues. Gibbons’ long-time guitar tech Elwood Francis performed on harmonica during the tour.

Photographer/videographer Harry Reese recorded the new featured performance.  Reese used four cameras to capture the performance, two of which were GoPro cameras mounted on Sorum’s drumset. The other two cameras were handheld units that Reese used as he traversed the stage.

The video, which was saved to a hard drive, was allegedly forgotten once the tour was over, and unearthed by Sorum just two weeks ago, leading to its  premiere.

Gibbons talked about the video’s discovery in a recent interview.

“It’s fortuitous that Matt remembered the video and fished it out of his stick bag,” he said.  “Now, more than ever, this is an example of our go-to phrase, ‘Blues you can use.'”

Gibbons’ album went on to earn top honors at the 2019 Blues Music Awards, taking home the Best Blues Rock Album award. Due to a scheduling conflict caused by a ZZ Top performance the same night, Gibbons was unable to accept the award, so his wife Gilligan Stillwater accepted the award on his behalf.

More information on The Big Bad Blues is available online along with all of Billy Gibbons’ latest news at: