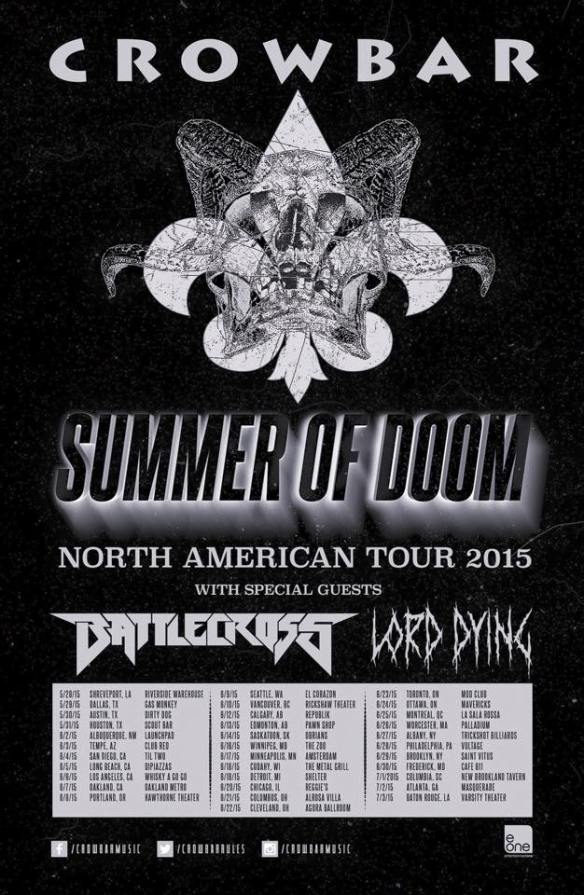 Crowbar will hit the road again this summer.

Officials with Entertainment 1 and the members of Crowbar announced today that the band will hit the road next month for the “Summer Of Doom Tour.” The late spring/summer tour is in support of Crowbar’s newly re-issued 2000 album Equilibrium. The 33-date tour kicks off on Thursday, May 28th in Shreveport, Louisiana and comes full circle, ending Friday, July 3rd in Baton Rouge, Louisiana. The band will spend the first half of June making its way through the southwest and the west coast before making its way into western Canada. The band kicks off the second half of June by heading back across the border into the midwest and up into eastern Canada before making its way to the northeast to round out the month. To round out its tour, Crowbar will head into Columbia, South Carolina on Wednesday, July 1st, Atlanta, Georgia the next day and Baton Rouge on the last day of the tour. The complete “Summer of Doom Tour” schedule is listed below: