Zakk Wylde debuted the video for his latest single this week.

Wylde unveiled the video for the song ‘Lost Prayer’ this week. The song is the latest single to be released from Wylde’s latest album Book of Shadows II.  The album was released April 8, 2016.

The video is streaming online now here.  It combines footage of Wylde performing the song in a dimly lit studio and actors playing out certain parts to illustrate the song’s message of overcoming difficult situations in life. The end result is another song that, as Wylde has said before, proves a song can be heavy without having heavy, crunching guitars and pounding drums. 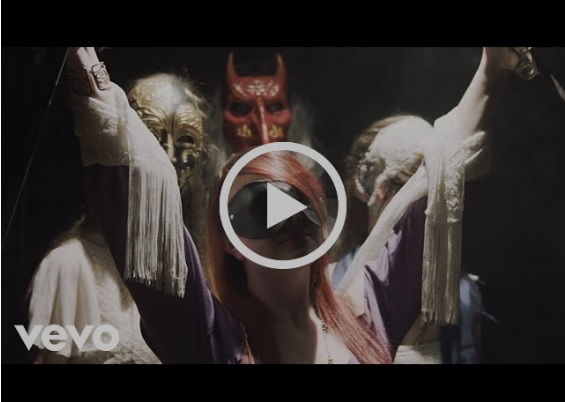 Wylde’s new video is just some of his latest news.  He will hit the road with the Black Sabbath tribute band Zakk Sabbath this coming week for a series of shows in southern California.  Those shows include performances at the NAMM party at The Grove of Anaheim on Jan. 21.

Zakk Sabbath has also been confirmed for performances at a handful of summer concert festivals.  Those festivals include MMR-B-Q, Rocklahoma and the recently sold out Rock on the Range.

Along with his performances with Zakk Sabbath, Wylde has also been tapped to perform on the 2017 Experience Hendrix tour alongside Billy Cox, Buddy Guy, Kenny Wayne Shepherd and many other famed artists from across the musical universe.  This year marks the third consecutive year that Wylde has been invited to be part of the Experience Hendrix Tour.

The dates for Wylde’s Zakk Sabbath Shows and Experience Hendrix shows are noted below. 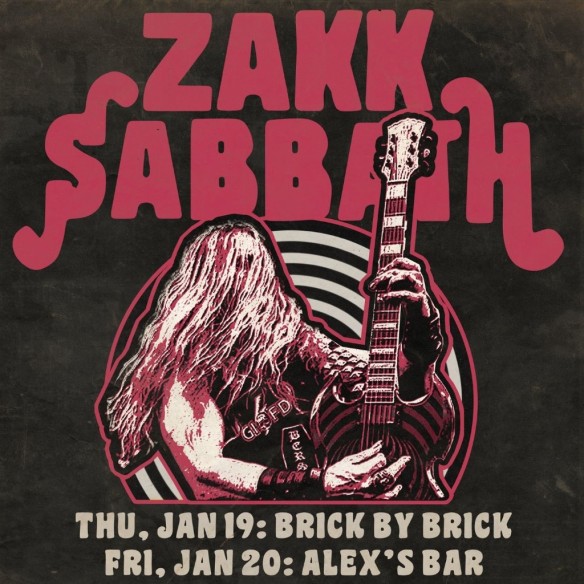 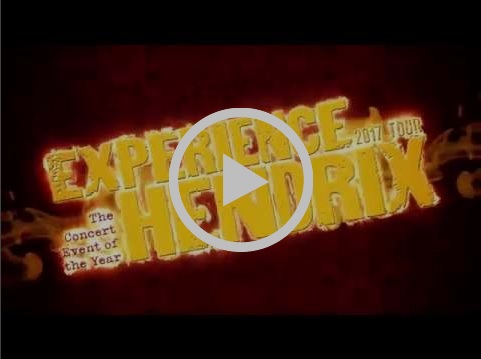 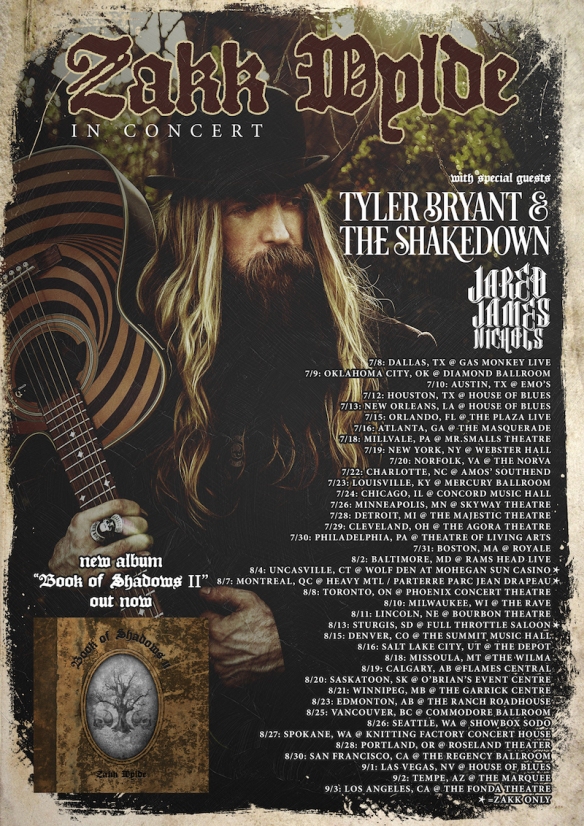 Zakk Wylde is heading back out on the road this summer.

The veteran guitarist announced this week that he will embark on the next leg of his tour in support of his latest solo album Book of Shadows II beginning Friday, July 8th in Dallas, Texas.  The North American tour will span more than forty cities across the U.S. and Canada and will even include a performance at the Heavy MTL Festival in Montreal on August 7th.  It will mark the first time that Wylde will have performed at the festival in a solo capacity, and the first time since last year’s Unblackened tour that he has toured North America (including Canada) as a headliner.  Tyler Bryant & The Shakedown and Jared James Nichols will share stage time as support acts for the tour.  Tickets go on sale this Thursday, May 12th.  Qylde’s current tour schedule is noted below.

Wylde just wrapped up his run on Steve Vai’s Generation Axe Tour on Monday.  Before that, he served as one of the marquee acts on the annual Experience Hendrix Tour.  He just recently premiered the video for the song ‘Sleeping Dogs,’ which is included in Book of Shadows II.  It can be viewed online now here.  More information on Zakk Wylde’s upcoming North American tour is available online now along with all of his latest news and more at: