PBS just recently wrapped up the third season of its hit history/genealogy-based series Finding Your Roots. And officials with PBS and PBS Distribution are making sure that audiences won’t have to wait long to own Season Three for themselves.

PBS and PBS Distribution will release the third season of Finding Your Roots on Tuesday, April 12th. Season Three will feature twenty-eight more well-known figures from across the worlds of entertainment, politics, literature, and more. The list includes names such as: Actor Neil Patrick Harris, rappers LL Cool J and Sean Combs, Senator John McCain, Actress Patricia Arquette, political activist and organizer Donna Brazile, celebrity chef Lidia Bastianich, and many others. The entire run is totals at six hundred minutes and is spread across three-discs. Host Henry Louis Gates, Jr. discussed the series’ third season in a recent interview noting that it is human to want to know where we came from. He added that he hoped that this season would influence audiences to research their own family histories, especially among younger audiences. “There is something essential in human nature that drives us to wonder where we came from,” he said. “We can’t truly know ourselves until we know something of our origins. With new DNA technology we can learn more about this past and go further back than ever before, and we hope that the new season will inspire people to find out more about their own personal family stories, and spark an interest among young people in genetics, anthropology, history, and the pursuit of science.”

Season Three finds that actresses Julianne Moore and Patricia Arquette, and Senator John McCain all have very deep, rich military roots. Those roots have helped each to develop a sense of strength and integrity. Sean Combs and LL Cool J both discover in their interviews that have some rather interesting family histories that leave them thinking about things in ways they never thought possible. And Donna Brazile tries to get answers about her family’s name while polarizing feminist Gloria Steinem learns in her interview that she is not the first of her kind in her family. These are just some of the secrets that are unearthed over the course of Finding Your Roots’ third season. Bill Hader, Jimmy Kimmel, and Norman Lear each learn about the highs and lows of their families’ histories while Ty Burell is left shocked to learn about his African heritage. All of this and so much more is in the third season of Finding Your Roots.

Finding Your Roots With Henry Louis Gates, Jr. will be available on Tuesday, April 12th. It will be released exclusively on DVD. It will retail for MSRP of $39.99 but can be pre-ordered at a discounted price of $34.99 via PBS’ online store at http://www.shoppbs.org/product/index.jsp?productId=85849896&cp=&sr=1&kw=finding+your+roots&origkw=Finding+Your+Roots&parentPage=search.  Audiences can view a trailer for this season online now via YouTube at https://www.youtube.com/watch?v=vJwt-aiI0uA. 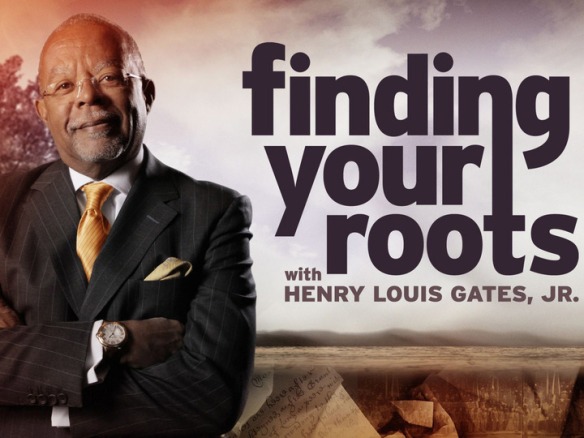 More information on this season of Finding Your Roots and the series’ previous seasons is available online now at: