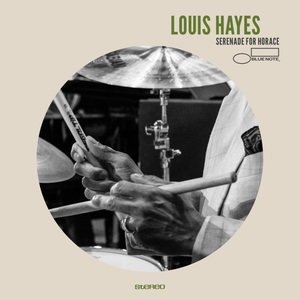 Famed jazz drummer Louis Hayes will has announced the release date for his next full-length studio recording.

Serenade For Horace will be released Friday, May 26 via Blue Note Records.  The album is a tribute to his friend Horace Silver, who was an accomplished and respected composer, pianist and band leader.

“I wanted to do this recording for Horace Silver because I wanted jazz fans to hear his music and I wanted to honor his memory,” Hayes wrote in the album’s liner notes.  “Horace and I always stayed in touch ever since I first worked with him.  When he got to the point he wasn’t feeling too well, I went to see him and one day he said to me, “Louis, you’re a part of my history.”  I thought about what that meant and I began thinking about how to take Horace’s music and his legacy into the future.”

Serenade for Horace’s full track listing is noted below.

The track listing for Serenade for Horace is as follows:

In anticipation of the album’s release, Hayes has scheduled a three-night stint at Dizzy’s Club at Jazz at Lincoln Center from May 29 – 31.  The dates also coincide with Hayes’ 80th birthday.

More information on this and other titles from Blue Note Records is available online now at: 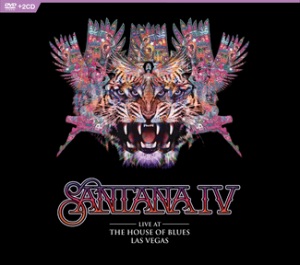 The weather outside is definitely looking frightful this time of year.  That means rather than going outside to get out and about, people are going to be looking more for ways to have fun while they stay indoors and stay warm.  That is just one of so many reasons that record labels churn out so many live recordings each year.  The problem with all of those recordings is that while some are truly standout offerings, others are otherwise forgettable space fillers used to fulfill contractual obligations for the given acts.  Presented today are some of the best of this year’s new live recordings.

Whereas Phil’s Picks already presented the year’s top new live CD recordings, this time Phil’s Picks is presenting the year’s top new live DVDs and Blu-rays.  A lot of thought and consideration went into this list.  The concerts’ set lists, the bands’ performances, the cinematography and audio mix all went into consideration for this list as did the recordings’ companion booklets or lack thereof.  So it goes without saying that it wasn’t an easy list to assemble.  But this critic tried.
As always, the list presented here includes not just this critic’s list of the year’s top new live DVDs and BDs but five honorable mention titles for a total of 15 recordings.  Without any further ado, here for you, is Phil’s Picks 2016 Top 10 New Live DVDs/BDs.
PHIL’S PICKS 2016 TOP 10 NEW LIVE DVDs/BDs
1. Santana – Santana IV Live at the House of Blues Las Vegas
2. KISS – KISS Rocks Vegas
3. Joe Bonamassa – Live at the Greek Theatre
4. Judas Priest – Battle Cry
5. Motley Crue – The End Live in Los Angeles
6. The Rolling Stones – Havana Moon
7. Deep Purple – Live at the NEC
8. Melody Gardot – Live in Paris
9. Gregory Porter – Live in Berlin
10. Scorpions – Live in Munich
11. Alan Jackson – Live at Red Rocks
12. Michael Schenker’s Temple of Rock – Rock on a Mission – Live in Madrid
13. Saxon – Feel Your Power
14. Imagine Dragons – Smoke + Mirrors Live
15. Fall Out Boy – The Boys of Zummer Tour – Live in Chicago
To keep up with the latest sports and entertainment news and reviews, go online to http://www.facebook.com/philspicks and “Like” it.  Fans can always keep up with the latest sports and entertainment news and reviews in the Phil’s Picks blog at https://philspicks.wordpress.com. Phil’s Picks has focused a lot lately on rock and other genres of music in the vastness of the musical universe.  Today, the focus shifts away from those genres to something a little bit less mainstream.  In today’s list, Phil’s Picks presents the year’s best new Jazz and blues records.  This year’s list presents a wide variety of acts, from more well-known acts such as The Rolling Stones, Joe Bonamassa and Yellowjackets to perhaps lesser known, but still talented acts such as Hazmat Modine, Takuya Kuroda and others.  It wasn’t an easy list to work up, either.  That’s because there was so much great material out there this year.  Combining jazz and blues into one list didn’t make things any easier.  But it got done.

As with every other list, the Top 10 New Jazz and Blues Albums features the year’s top 10 new jazz and blues albums.  It also includes five honorable mention titles for a total count of 15 albums.  That is not to take away anything from those honorable mention titles.  They are enjoyable in their own right and deserved to be noted, too.  Enough rambling.  Here, for everyone’s consideration, is Phil’s Picks’ 2016 Top 10 New Jazz and Blues Albums. 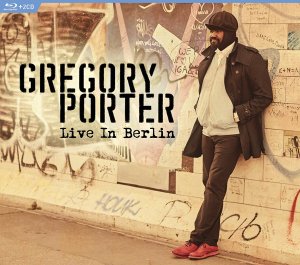 Gregory Poerter’s new live recording Live in Berlin is a work that will entertain Porter’s more seasoned audiences just as much as it will those who are less familiar with him and his body of work.  That is due in no small part to the show’s set list, speaking of his body of work.  The show’s 18-song set list pulls songs from al four of Porter’s current album’s with his latest album Take Me To The Alley showing the heaviest representation with seven songs.  Liquid Spirit (2013) comes second with five songs from that album included in the show’s set list.  There are also some other familiar songs included in the show’s set list, not the least of which being ‘What’s Going On.’  There is also a cover of ‘Papa Was A Rolling Stone’ included in the show.  The song was originally composed by Norman Whitfield and Barrett Strong but made most popular by The Temptations.  If all of this isn’t enough for audiences, the set list’s order is the same in the recording’s CD side as it is in its separate DVD and Blu-ray side.  As has been noted before in other live recordings’ reviews, this is important because there are some recordings out there whose set lists don’t always mirror one another between their CD and DVD/BD platforms.  Speaking of those platforms, they will be discussed later, as they are pivotal to the recording’s presentation, too.  Getting back on topic, the set list presented in this recording shows to have plenty of importance to the recording’s presentation.  It is only one of the recording’s key elements, too.  The stage presence of both Porter and his fellow musicians throughout the concert is just as important to note as the set list.

The set list that makes up the body  of Gregory Porter’s new live recording is in itself a huge part of the recording’s presentation.  That is because it pulls from all four of his current studio recordings and even includes covers of some other well-known hits.  On another level, the show’s set list stays the same from the concert’s CD platform to its DVD and BD platform.  So regardless of which platform one uses to experience this concert, one will get the same experience, in terms of the set list’s order, from one platform to the next.  It is just one of the key elements to note in examining the recording’s presentation.  The stage presence presented by Porter and his fellow musicians is just as important to note in examining this presentation as the show’s set list.  Porter oozes confidence as he makes his way through each song’s performance.  Even as he spends time talking to the audience between songs, he exudes a certain humility with that confidence.  That alone is enough to make listeners new and old alike enjoy watching him.  Of course Porter’s fellow musicians—Chip Crawford (piano), Emanuel Harold (drums), Jamal Nichols (bass) and Tivon  Pennicot (saxophone)—exude just as much confidence as they ease their way through each song, too.  That is especially notable in the group’s performance of ‘Take Me To The Alley’ and ‘Hey Laura.’  Harold makes his timekeeping seem so effortless, and Pennicot’s work on sax is just as enjoyable to take in.  Nichols and Crawford offer their own share of enjoyment throughout the show, too.  When all four men join with Porter, the whole of their performances will keep audiences fully engaged from the show’s beginning to its end.  When this is considered alongside the show’s set list, it becomes even clearer why Live in Berlin is such an impressive new live recording from Gregory Porter and company.  These two elements are not the recording’s only notable elements, though.  The platforms on which the concert is available are just as important to note in examining the concert’s recording as its set list and featured performance.

The set list featured in Live in Berlin and performance of said set list by Porter and company are both key elements to note in examining the recording’s presentation.  That is because the pair works hand in hand with one another.  As important as both elements are to the recording’s presentation, they are not its only key elements.  The platforms on which the recording has been made available are just as important to note as the previously noted elements.  It might not seem all that important on the surface, but in the grand scheme of things, it is hugely important.  Eagle Rock Entertainment has made Live in Berlin available on two separate combo packs – a DVD/2 CD combo pack and a Blu-ray/2 CD combo pack.  By combining the concert’s audio only presentation (CD) with separate DVD and Blu-ray platforms, Eagle Rock has covered all of its bases, making the concert available for every one of Porter’s fans.  What’s more, by combining the CD platform with DVD and Blu-ray, the company has also given fans the full concert experience, rather than forcing them to choose between platforms. The DVD + 2 CD combo pack averages approximately $28 and the Blu-ray + 2CD combo pack $27.  Considering the closeness in the platforms’ average pricing audiences won’t be left paying an arm and a leg for the concert regardless of which combo pack they choose.  When this is considered alongside the concert’s enjoyable set list and the group’s equally enjoyable performance of that set list, the end result is a recording that every audience will enjoy regardless of familiarity with the group’s work.