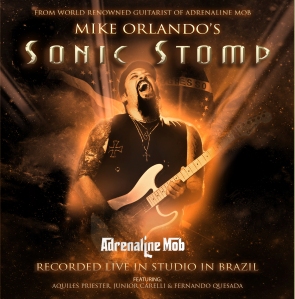 In celebration of the DVD’s release, Orlando released a video of his performance of the song ‘Burn’ on Feb. 8 via Guitar World.  The performance is one of 13 featured on the live in-studio recording, which was originally captured at Thiago Bianchi’s Fusao Studios in Cotia, Brazil while Orlando was on tour in South America with Sonic Stomp and Noturnall.

Sonic Stomp features 14 songs lifted from each of Orlando’s two current Sonic Stomp records.  Sonic Stomp III is currently scheduled for release later this year. The majority of the DVD’s track listing comes from the more recent of those records.

The DVD’s full track listing is noted below.

Sonic Stomp was released in 2007.  It was followed by Sonic Stomp II in 2010.  Orlando’s new DVD was mixed and mastered by Orlando at his own Sonic Stomp Studios.  It was filmed by Foggy Filmes, Inc.  Sonic Stomp can be ordered now here.

More information on Mike Orlando is available online along with all of his latest news and more at:

Mike Portnoy, Richie Kotzen, and Billy Sheehan, also known as the Winery Dogs, have announced a new string of live dates for this summer.

The band announced this week that it has added a new 10-date North American tour set to kick off Saturday, June 25th in Hinckley, Minnesota.  The band’s current schedule takes it largely through the Midwest and southwest with dates also in Wisconsin, Michigan, Kentucky, and Texas.  As of right now no additional dates are known.  However, fans can always keep up with any new dates through the band’s official website and social media.  The band’s current tour schedule is noted below.

Check out THE WINERY DOGS at any of the following stops:

In anticipation of its new tour announcement the band has unveiled the video for its latest single ‘Captain Love.’  The song will start hitting radio stations nationwide June 3rd.  It is taken from the band’s latest album Hot Streak.  The Vicente Cordero-directed video is currently streaming online at Guitar World. The band discussed the video recently in an interview which can be seen here now. 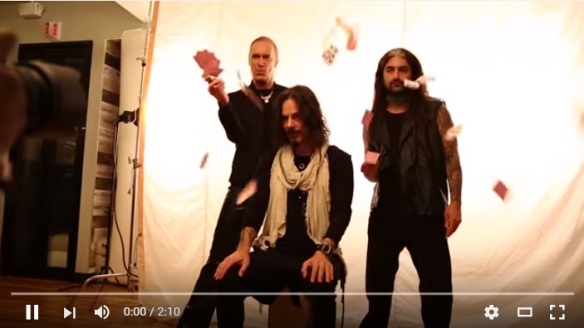 Hot Streak has proven to be an apt title for The Winery Dogs’ new album.  Ever since its release on October 2nd, 2015, the album has been on its own hot streak.  It reached the top spot on Amazon’s Best Sellers/Hard Rock chart and its Pre-orders/Hard Rock chart.  In comparison to the band’s 2013 debut album Hot Streak sold 30% more copies than that record.  It topped out at the #2 spot on Billboard’s Top Current Alternative Albums Chart and #30 on the Top 200 Albums Chart.  That is just the top of the proverbial iceberg.  The numbers listed below are its other accolades from Billboard.

More information on The Winery Dogs’ new tour dates, single, album and more is available online now along with all of the band’s latest news at: 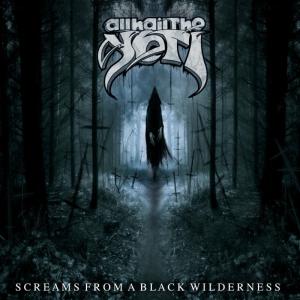 Next Friday, April 8th, All Hail The Yeti will release its new album Scenes From A Black Wilderness.  The band’s sophomore album, it will be released via Minus Head Records.  In anticipation of the album’s release the band debuted the album’s lead single last week.

Along with the song there is also an in-depth interview with the band by Ridge Briel that audiences can read.  The interview includes photos by Kristin Vah.  Briel discusses the band’s 2012 self-titled debut in his interview with the band as well as the inspiration behind some of the album’s lyrical content, the band’s new lineup and much more.  The video for the song ‘Before The Flames (Part 1)’ included in the article.  The video for ‘Before The Flames’ (Part 2)’ is streaming online now via YouTube at https://www.youtube.com/watch?v=uyZr3HRU0aw.  The complete track listing for Scenes From A Black Wilderness is noted below.

Screams From A Black Wilderness tracklising:

Screams From A Black Wilderness can be pre-ordered online now via Bandcamp, Amazon, and iTunes.  Those that pre-order the album now can get ‘Before The Flames’ for free.  More information on All Hail The Yeti’s new album is available online along with all of the band’s latest news at: Joe Satriani: The Complete Studio Recordings is a 15-disc box set containing each of Satriani’s records to date. It can be ordered online via Amazon at http://www.amazon.com/gp/product/B00HZ2M5KE/ref=as_li_ss_tl?ie=UTF8&camp=1789&creative=390957&creativeASIN=B00HZ2M5KE&linkCode=as2&tag=legacy_recordings-20. It is also available as a collectible limited edition USB drive that can be purchased via Satriani’s official website, http://www.satriani.com. The USB drive is available in a 24-bit/96kHz “High Resolution Audio.” The HRA USB drive audio is as close as fans will ever come to the early ½” analog masters and later high sample rate digital masters. That’s because the HRA has higher bandwidth, wider dynamic range, greater detail, and more depth than a conventional CD.

Satriani will be on The Arsenio Hall Show tonight as part of his promotional tour. He will sit in with Hall’s house band. And tomorrow, April 23rd, he will be the featured guest on Rockline with host Bob Coburn, promoting both his new box set and his new book, Strange Beautiful Music. Audiences can find when and on which station they can catch Satch’s interview at http://www.rocklineradio.com/affiliates.php. Fans can also check out his appearance on the season finale of VH1 Classic’s That Metal Show. Fans can check out that episode online now at http://www.vh1.com/video/that-metal-show/full-episodes/joe-satriani/1725085/playlist.jhtml.

Along with his on-air presence, Joe is featured in the “Life” section of today’s edition of USA Today. Fans can check out the article online at http://www.usatoday.com/story/life/music/2014/04/21/joe-satriani-box-set-autobiography/7476617/. He is also featured on the cover of Guitar World magazine alongside fellow guitar god and Black Label Society front man Zakk Wylde. Fans can check that out at http://www.guitarworld.com/may-2014-guitar-world-zakk-wylde-joe-satriani-how-build-pedal-board-john-frusciante-death-angel-tabs-lessons-and-more.

The complete album listing for Satch’s new box set is noted below:

2008  Professor Satchafunkilus and the Musterion of Rock

Veteran guitarist Marty Friedman (Megadeth, Cacophony) has announced that his latest full length solo record in early 2014.  No specific release date has been set as of yet.  However, it has been confirmed that Friedman is hoping to have his new album out by Spring.  It will be his first record comprised entirely of new material in four years.  It will also be his first full length record in over ten years.  According to Friedman himself, the album, titled Inferno, will be his heaviest record yet.  “I’m extremely proud of the work I’ve done with Cacophony and Megadeth, but I was never interested in stopping there,” he said.  “‘Inferno’ is the album that fans of my work with those two bands have always wanted me to make.  I’ve finally made it, and completely on my own maniacal terms.”  He added in an interview with Guitar World magazine that Inferno is “the most intense writing and playing I can do.”  He went on to say of it that “I wanted to create a new landmark to which my future music will be compared.  “That idea of just going completely balls-out — knowing what the full potential of my music and my playing could possibly be, and actually making it a reality — was what drove me through the whole process.”

Friedman’s fans will have plenty to look forward to on Inferno.  That is because the record will feature Friedman teaming up with a number of other well-known guitarists including Alexi Laiho (Children of Bodom), David Davidson (Revocation), and famed flamenco/metal acoustic duo Rodrigo y Gabriela.  Friedman’s former Cacophony band mate Jason Becker also played a role in the creation of Inferno as the pair collaborated on some songwriting.  Friedman said of his team-ups with the noted special guests, “On the guests’ songs, each would write a song from scratch, and then I would arrange it and add my parts to it.”  He added “That way, we were both invested in it, and it’s a little bit of a deeper experience than just banging out a guest solo.”