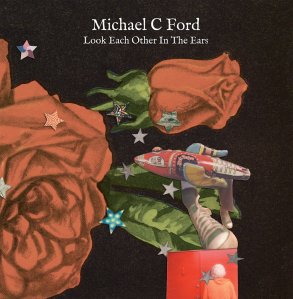 Michael C. Ford will release his latest work this Summer.

Ford will release Look Each Other In The Ears June 10th. The record, featuring accompaniments from The Doors’ Robby Krieger, John Densmore and the late Ray Manzarek, mixes the jazz-rock improv styling of Frank Zappa with the poetic yet socially conscious lyrics of the 1960s. It is the latest in a long string of releases from Ford that dates all the way back to his 1986 debut audio release Language Commando. That album garnered Ford a Grammy nomination in the “Spoken Word” category. It should be noted that many of the pieces recorded with the Doors members were recorded before the 2013 passing of Ray Manzarek. It is also the last recording ever made with what were then the remaining members of The Doors.

Ford’s new album runs the gamut, lyrically speaking. He noted in a recent interview how the current state of the nation led to the creation of many of the record’s works. “America has been transformed into, for all practical purposes, a non-existent attention span,” he said. “We don’t talk to each other on the phone anymore: we text message. We don’t drop a tone arm onto a turntable and watch a needle groove across tracks anymore: we stick iPods in our ears. I believe this recorded document is designed to inspire an audience of potential listeners to really turn the pages of their personal nostalgic notepads. My compositions of verbal art, certainly never forgetting the significance of all accompanying crafty instrumentals and the vast lyrical choral vocal contributions, create this maze of voices that I like to think of as movies for your ears.”

The track listing for Look Each Other In The Ears is listed below.

LOOK EACH OTHER IN THE EARS track listing:

–A Simple Ode (To Frank O’Hara)

–Waterfalls (Look Each Other In The Ears)

–Mars Is America (Anytime At All)

–Making Out (With Westwood Village)

–(Autobiography of) An American Bomb

–Whatever Happened To The Orangegroves, Grandma