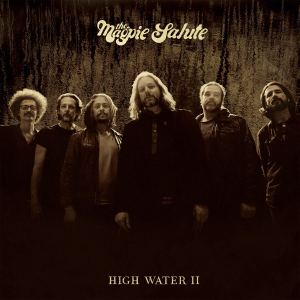 The Magpie Salute will release its new album next week.

The band is scheduled to release High Water II Oct. 18.  Pre-orders are open now.  The album will be available on CD, 2LP and digital platforms through Eagle Rock Entertainment domestically, Mascot Label Group in Europe, Australia and New Zealand and through Sony in Japan.

High Water II‘s release will come a little more than a month after the band released its new EP In Here.  The band debuted the lyric video for High Water II‘s lead single ‘In Here‘ on Aug. 13.

High Water II was recorded simultaneously with its predecessor High Water at Dark Horse Studios in Nashville, TN.  High Water was released in 2018, also through Eagle Rock Entertainment in the U.S.

We’re all really happy to put out the second half of High Water,” he said.  “Since its inception, I always viewed it as a single piece.  High Water II will tie together both albums into a whole journey.”

More information on High Water II is available online along with all of The Magpie Salute’s latest news at: