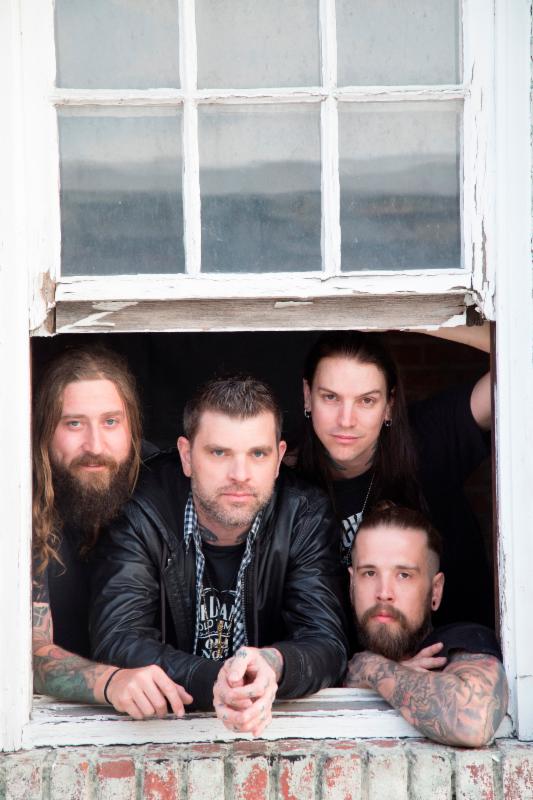 All Hail The Yeti released a powerful new composition this week and a video to accompany that song.

The band released its hard-hitting, socio-politically charged song ‘Feed The Pigs’ this week.  The song is focused on events that have happened around the world and urges listeners to take action against the things and events that are negatively impacting the planet.

Front man Connor Garritty explained in a recent interview with Huffington Post contributing writer Ilana Rapp the song was written in response to the current state of the world.

“Writing ‘Feed The Pigs’ came very naturally for us; one of the least stressful, yet one of the most important songs we have ever written,” Garritty said. “We have always been very conscious of the world around us, especially the environment.  With everything that is going on around us right now, I felt that this song needed to be heard…so inspiration wouldn’t be the word – it is more of a wake up call!  Our society needs to clue in to what is going on!  Change has to start right now!”

The song’s companion video is a powerful visual project that mixes video clips of events that have happened around the world with footage of the band performing its new song. Audiences should be warned the imagery presented in the video is very powerful – so viewer discretion is advised.  The video can be viewed online here now.

‘Feed The Pigs’ is a standalone work from All Hail The Yeti and is not included in the band’s latest full-length studio recording Screams From A Black Wilderness.  That album is available now in stores and online.  It can be ordered online via Bandcamp, Amazon and iTunes.  The band has also released videos for ‘Daughter of the Morning Star,’ ‘Before The Flames’ and ‘After The Great Fire.’  ‘Daughter of the Morning Star’ and ‘Before The Flames’ are both included in Screams From A Black Wilderness.  ‘After The Great Fire’ comes from the band’s 2012 debut album, which was re-issued via Minus Head Records in 2015.

More information on All Hail The Yeti’s new song and video is available online now along with all of the band’s latest news and more at: 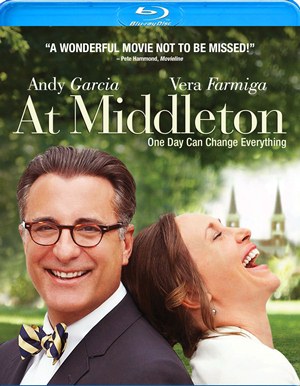 Anchor Bay Entertainment will release its new romantic comedy At Middleton this Spring.

At Middleton will be released on Blu-ray and DVD Tuesday, April 1st.  It features an all-star cast headed by Vera Farmiga (Bates Motel, Up in the Air) and Andy Garcia (Ocean’s Eleven, City Island).  It also stars Taissa Farmiga (American Horror Story), Spencer Lofranco (Jamesy Boy), Peter Riegert (Dads), and Tom Skerritt (Picket Fences).  The story follows George (Andy Garcia) and Edith (Vera Farmiga) as they meet while joining their children on a tour of the campus of Middleton College.  The pair meet thanks to a divide between themselves and their children.  Their meeting leads to a reminiscing of their own college years.  That reminiscing leads to personal revelations for both figures.

At Middleton has been praised by both audiences and critics alike.  New York Times writer Neil Genzlinger wrote of the movie, that it is “delicate and restrained” and “a surprise of a film.”  Rex Reed writes for The New York Observer.  He wrote of Farmiga’s performance that it was her “best role since she tamed George Clooney in Up in the Air.  Kudos have come in from other major media outlets including: NPR, The Huffington Post and many others; each one as complimentary as the last.

Audiences are treated to a number of bonus features in the home release of At Middleton.  There is an audio commentary with director/co-writer Adam Rogers, producer/co-Glenn German, and producer/actor Andy Garcia.  Also included as bonuses are: a gag reel and bonus music track of ‘There Was A Day.’  Andy Garcia wrote the song’s lyrics and sang the song and partnered with Arturo Sandoval to write the song’s music.  Sandoval arranged the song.

Veteran musician and activist John Mellencamp recently wrote an article for the Huffington post about what’s currently happening to artists as a result of music piracy, and the basic lack of drive among people to stop piracy.  He makes an interesting argument concerning the need for regulation among search engines and their relation to music piracy.  He discusses how Safe Harbor is basically allowing piracy to happen, both in terms of music and video.  It’s quite an in depth article.  You can read the entire thing here.  Once you’ve read it, feel free to share your thoughts.  Read on!