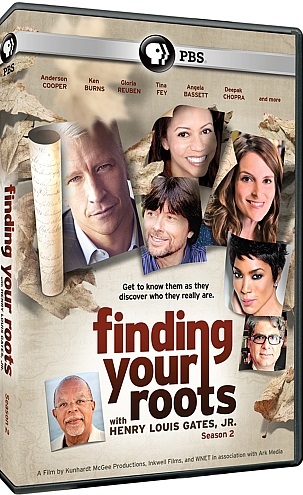 PBS will release the second season of its hit celebrity-based historical series Finding Your Roots With Henry Louis Gates, Jr. this fall.

Officials with PBS announced this week that Finding Your Roots With Henry Louis Gates, Jr. Season 2 will be released on Tuesday, December 16th.  Gates meets some of the country’s biggest names in the series and examines their ancestry in each hour-long episode.  In the series’ second season, Gates studies the ancestry of big names such as: Derek Jeter, Ben Affleck, Jessica Alba, Sting, Tina Fey, Sally Field, Stephen King, Nas, and many others.  In all, twenty-nine celebrities are featured throughout the course of Season Two.

Gates goes into even more depth with his guests in Season Two than was possible in the show’s premiere season. He studies his guests’ specific ethnic roots, cultural traditions, and the inner works of his guests’ families. New advancements in DNA testing even allows for study of genetic genealogy. The advancements allowed for revelations linked to questions of paternity, geographic origins of his guests’ ancestors, and even tribal Native America ancestry in other cases. It is all revealed over ten episodes spread across three discs.

Finding Your Roots With Henry Louis Gates, Jr. Season Two will be available only on DVD Tuesday, December 16th. It will retail for MSRP of $39.99 and can be ordered online direct from PBS’ online store at http://www.shoppbs.org/product/index.jsp?productId=46207086&cp=&sr=1&kw=finding+your+roots&origkw=Finding+your+roots&parentPage=search#Details. Audiences can access more information on the series, and watch videos from the show online now at: