Alt-rock band Dancing on Tables is giving audiences their first preview of its forthcoming EP.

The light, poppy sound and stylistic approach taken with the song’s musical arrangement makes the song infectious in its simplicity. It is comparable, to a point, to works from the likes of Modest Mouse and other similar acts.

The lyrical theme featured in ‘Oh’ is clearly about a relationship; that one person pining for the company of the other when that person is away.

The video for ‘Oh’ features the band performing its single together in an empty building and blends that with footage of nature scenes from across Scotland, the band’s home nation.

Co-lead guitarist and vocalist Callum Thomas talked about the song and its video in a prepared statement.

”Oh is a track written on our first-ever trip to the states, during a time where we were still getting used to being musicians,” he said. “This meant spending less and less time with the people and places we knew and loved and adapting to a new way of life, which is reflected throughout the track,”

Added Thomas, “Despite this, we still wanted the song to have an air of defiance to it to show that love conquers any amount of distance and time. When planning the video, we wanted to get across the beauty of Scotland to represent what we missed at the time but also show how, as a band, we still love playing the track that started our journey to this point. It makes it the perfect song to share with the world before we release our debut album in 2022 as, no matter where we end up, we’ll still relate to how we felt writing the track in the first place”

More information on Dancing on Tables’ new single and video is available along with all of the band’s latest news at: 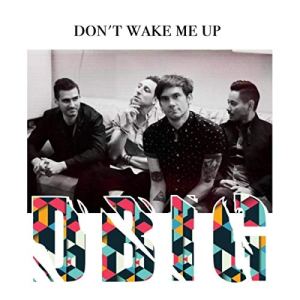 Pop rock act Don’t Believe in Ghosts is giving audiences a preview of its forthcoming album.

The band premiered its new single ‘Don’t Wake Me Up’ this week via YouTube Music, Amazon, iTunes and Spotify.  The song’s musical arrangement presents a sound that will appeal to fans of acts, such as Imagine Dragons, Maroon 5 and Modest Mouse.  Its lyrical content seems to hint at the topic of relationships.  This is inferred as front man Steve Nathan sings, “You’ve got that something/It’s always been the one thing/That I needed/We’ve got this love/And it’s feeling like the weekend/Can’t you see…something in your eyes/It was a big surprise/That you come with me/Don’t wake me up/I’ve got to dream a little longer/Sometimes I’m feeling it/This feeling’s only getting stronger.”

More information on Don’t Believe in Ghosts’ new single is available online now along with all of the band’s latest news and more at: