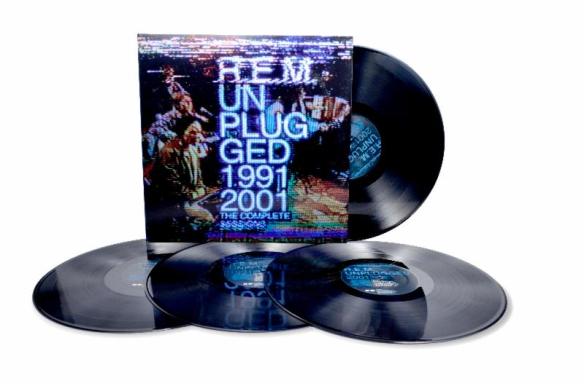 R.E.M. is gone.  But the landmark Georgia-based band is certainly not forgotten.  That is evident in the upcoming re-issues of the band’s 1991 and 2001 performances on MTV’s live acoustic performance series.  The performances were originally released earlier this year on Record Store Day as a limited four-LP vinyl set.  That set sold out almost instantly.  Now R.E.M. fans that weren’t lucky enough to get their hands on a copy of the recordings this Tuesday, September 2nd via Rhino Records.

Unlike the previously released 4-LP set released earlier this year, this re-issue of the performances will make the 1991 show and the band’s 2001 performance available on two separate 2-LP sets.  Each set will retail for SRP of $39.98.  The complete track listing for both performances is noted below.

2.”Disturbance at the Heron House”

3.”At My Most Beautiful”

* Not included in original television broadcast