Independent music act The Workday Release unveiled the lead single from its forthcoming debut album this week, along with its companion lyric video.

The act, the brainchild of singer-songwriter David Ottestad, debuted the song ‘Say A Lot With Light‘ Friday along with its companion lyric video. The song and its video are the first from Oddestad’s forthcoming album Like the Light of Stars, which is scheduled for release April 16 through ENCI Records.

The track listing for Like the Light of Stars is noted below.

6. Going Up In Flames

7. Every Voice I Hear Is Mine

9. Keep Out The Wolves

The ‘Say A Lot With Light’ lyric video places the song’s lyrics in a cursive font against an image of Ottestad sitting in front of piano as the song plays. The song’s musical arrangement is a gentle, flowing work. Ottestad’s light vocals pair with the song’s piano line and equally light percussion to make it comparable to works from the likes of The Nomadic, Owl City, and Five for Fighting to a lesser degree.

According to a statement from Oddestad, the song’s lyrical theme touches on the a familiar topic.

“Lyrically, it’s a love song about not settling for someone just because it’s convenient or less scary than being alone,” he said. “The chorus of the song says, “I’ve been waiting on someone who’s truly one million to one so I can say it, and say a lot with light.” I really liked the lyrical concept of speaking with light. To me, it represents this feeling of peace that comes with being with the right person.”

More information on The Workday Release’s new single and video is available along with all of its latest news at: 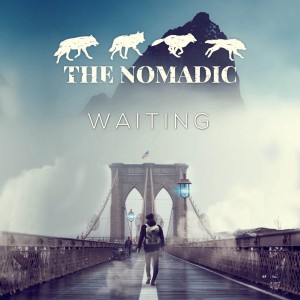 The Nomadic debuted the video for its latest single over the weekend.

The group debuted the video for its single ‘Waiting‘ Saturday.  The video’s debut comes less than a month after the group debuted the single by itself.  the video intersperses footage of group founder Robert Gaylard performing the new song against various backdrops with footage of items, such as the Sydney Opera House, clocks running forward and backward through time lapse photography and random aerial shots of vehicles on unidentified roads.

The imagery is meant to illustrate the song’s lyrical theme, which Gaylard discussed in a recent interview.  According to Gaylard, the song’s lyrical theme focuses on the concept of people constantly waiting for and anticipating something.  That includes waiting for others and waiting to find one’s own talents and potential, in the process, discovering who we are as people.

The song’s musical arrangement is a gentle, flowing, guitar-centered opus that lends itself to comparisons to works from the likes of John Mayer, The Dunwells and even Owl City to a lesser extent.

‘Waiting’ is just one of the singles that Gaylard has released under the moniker of The Nomadic.  He released the single ‘Drifting‘ in September.  According to information provided about the single’s debut, Gaylard also has plans to release the singles, ‘Manhattan View,’ Walk The Streets,’ ‘Beyond Blue,’ ‘Grand Mistakes’ and ‘Under a Georgia Sky’ as the year progresses.

More information on The Nomadic’s new single and upcoming music is available online along with all of the group’s latest news at:

He Is We released its first new music in two years this week.

The group released its new single ‘Amazing Grace’ Friday.  Not to be confused with the popular hymn of the same name, this song shares only a name with that work.  This song presents an arrangement that will appeal widely to fans of Owl City while its lyrical theme will appeal to fans of love songs.

‘Amazing Grace’ is available to stream and download here.

He is We singer Rachel Taylor said in a recent interview, she was appreciative for all of the support that fans of He Is We have provided her and the band.

“Regardless of how far I’ve tried to run from this industry, the unconditional support has pulled me back in and reminded me of why it is I need music,” she said.  “I’m blown away that I’d given up on myself, and the heartbeat of He Is We never gave up on me.  The fan base kept air in my lungs and brought me back to life.  I just want to hug every person who held me together when falling apart became so easy.”

InVogue Records is handling the release of He Is We’s new single.  Company Owner Nick Moore offered praise for the group as he talked about the label’s part in the single’s release.

“I’ve been a huge fan of He Is We for years, so having the opportunity to release this new single, I couldn’t pass it up,” he said.  “I’m really excited to be working with Rachel on this new chapter of music she is creating.”

He Is We released its debut album in 2010.  The album accumulated more than 100 million streams following its release.  The group’s sophomore album followed in 2017, and pulled in almost 50 million streams.

More information on He Is We’s new single is available online now along with all of the group’s latest news at:

Paul Van Dyk is back.  And he has proven once again why he is one of the leaders in the world of electronica/dance.  His new album, “Evolution” is a fittingly titled work filled with infectious beats and great guest spots including the likes of Adam Young (Owl City), Michelle Leonard, Austin Leeds, and plenty more.  It’s one of those works that can’t be taken in with just one listen.  Every listen offers audiences something new.  In short, it’s an opus that rather than hitting listeners the first time around, it grows on listeners more and more with each listen.  This is the sign of a great album.

Just like music from the greatest classical composers, Paul Van Dyk has grown.  “Evolved” if you will.  The more audiences listen to this album, the more they will grow to appreciate the noticeable changes from his previous albums.  Owl City founder/frontman Adam Young brings his own pop sensibilities to Eternity to make a song that’s bound to be a fan favorite on the album.  There’s something about his vocals that adds an extra “spice” so to speak to the song.  The almost percussive vibe of ‘Lost in Berlin’ alone makes this song another high point on “Evolution.”  the way in which he manipulates the sounds are unlike any of the other songs on the album.  It really conjures images of specialty dance troupes such as Fighting Gravity or others of its ilk.  The addition of Michelle Leonard’s vocals adds yet another extra something to the whole experience here.  And the album’s opener, ‘Symmetries’, wastes no time getting audiences moving.

The electronica/dance genre is very much a niche genre of music.  However, with the release of “Evolution”, Paul Van Dyk may well have crafted an album that takes this genre out of the clubs and into the mainstream consciousness.  Yet again, it’s proof that while it may not be like his older material, that change is definitely good.  PBD is currently on tour in Europe.  He will be performing ni Brno, Czech Republic next Friday, before moving on to Amsterdam the following night.  Fans can keep up with all the latest from PVD online at http://www.paulvandyk.com, on Facebook at http://www.facebook.com/PVD, on Twitter at http://twitter.com/PaulVanDyk, and on Myspace at http://www.myspace.com/paulvandyk.